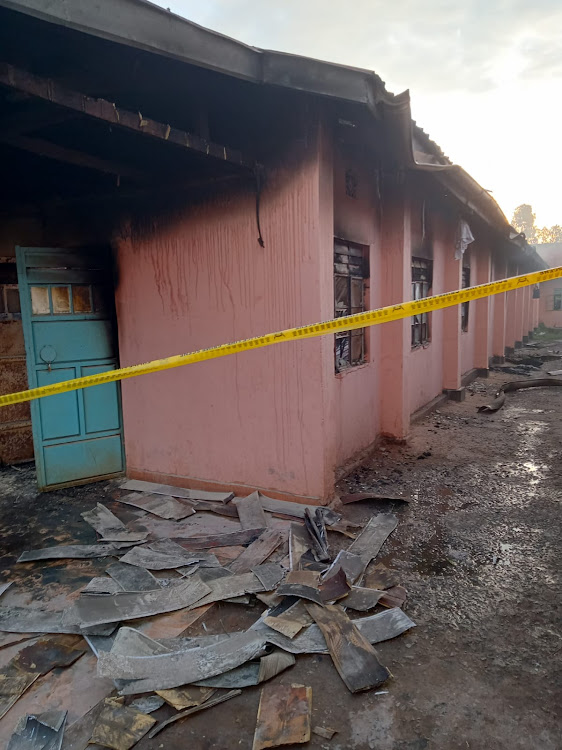 Kitonga said the spate of school arson was a very unfortunate and disheartening incident and deserves condemnation in no uncertain terms.

Dozens of boarding secondary schools closed due to student arson forcing the Ministry of Education to issue a mid-term break.

The Ministry said students will start their half term break on November 19 and resume learning on November 23.

The man of God urged students to desist from all forms of lawlessness and disregard for authority to succeed in their education endeavours.

He said the fire incidents being witnessed were not usual and that satanic forces are behind it and should be addressed before it leads to the crumbling of the education sector.

“The burning down of dormitories, labs, libraries and other critical school infrastructure is something that cannot be fathomed by any right thinking Kenyan,” he said.

Kitonga further said that the arson in schools reflects the moral decadence of the country.

He said the need to identify the root causes of indiscipline and vandalism of school property cannot be overemphasised.

“Violence against spouses and horrifying violence in schools is something that should worry us all.”

The archbishop spoke in Mombasa during the consecration ceremony for Bishop Geoffrey Mwongera of the Word of Healing and Restoration Ministry.

Archbishop Kitonga said the culture of violence creeping into the education sector should be of great worry to all people of peace and goodwill.

“Stakeholders in the education sector should move with speed and nip in the bud the culture of school violence that shows little signs of abating” he said.

He urged parents to take up their parenting roles with zeal and not  shy away from speaking against evils in the society.

“Parents and guardians need to nurture their children into responsible people as they grow before they regret the consequences of their bad behavior.”