DAY OF THE AFRICAN CHILD 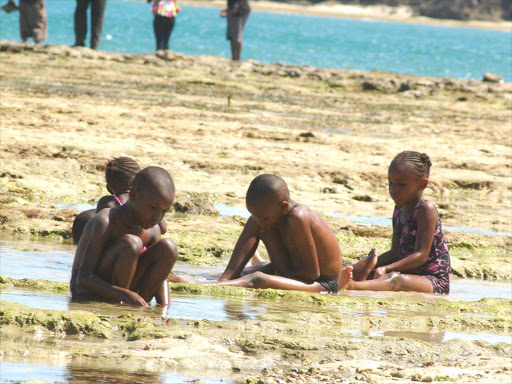 AT RISK: Children play on a beach in Mombasa
Image: FILE

Mombasa county officials have attributed the rise in cases of pregnancies among teenagers to certain cultural practices and poor parenting.

Early pregnancies and drug abuse are a common problem in the coastal county.

Speaking during the Day of the African Child on Wednesday, Mombasa county children’s coordinator Philip Nzenge said parents have failed to bring up their children the right way.

“In Mombasa, poor parenting has been a great challenge. Parents have failed to bring up their children in the right way and they have proved it through their everyday conversations,” Nzenge said.

He said the community, culture and behaviour of residents have led to the use of drugs among young people.

Nzenge said insecurity has been a great challenge in Mombasa, something which has created fear among children. He said they were working together with county commissioner Gilbert Kitiyo to ensure that children and residents are safe.

Social media abuse is also among the challenges affecting children, where at least one case is reported every week in the children's department.

Nolly Wilson, who works with Kuza livelihood improvement projects, said that violence against children contributes to a lot of children involving themselves in criminal cases.

Wilson said that early pregnancy cases are at a high rate in Mombasa because parents do not have enough time for their children.

“Children get into early relationships, which cause early pregnancy. Poverty also leads to these cases where parents are not in a position to provide for their children and therefore they get people who provide for them but end up abusing them,” Wilson said.

He said that the organisation has programmes where they provide life skills lessons to children and help them understand their rights as children and where to report abuses.

“We are also doing advocacy where we are coming up with policies which can protect our children,” he said.

Neema Kahindi, 17, said she joined the world to celebrate the African child who is now being protected from labour and abuse.

“I am happy to celebrate this day because as children we have people who are ready to protect us and we have been given freedom to express what we feel is right and wrong,” she said.

Nzenge said that there has been sensitization, which has led to reduction of early pregnancy cases as compared to last year when Mombasa recorded over 900 cases.