Wiper plots to take over Mombasa in 2022

Party only won an MCA seat in 2017 in Mombasa

• Efforts to revamp the party’s stronghold regions in the county have been initiated.

• Wiper officials in Mombasa said they have started working to reconcile their former members to form a formidable force in preparation for 2022. 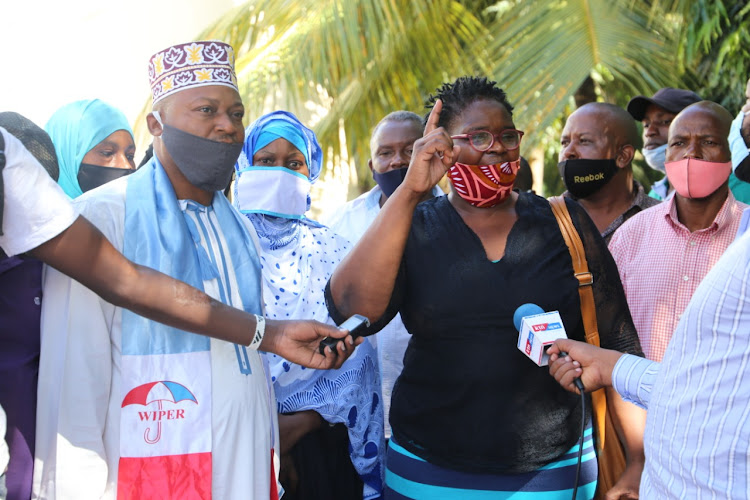 Wiper is strategising to secure more elective seats in Mombasa in 2022 after failing in 2017.

Efforts to revamp the party’s stronghold regions in the county have been initiated.

The Kalonzo Musyoka-led party, which was part of National Super Alliance (Nasa), had fronted several candidates in all elective seats in Mombasa.

The party got only one MCA seat out of the 30 wards of Mombasa. ODM won 27 seats.

Ford Kenya, which was part of Nasa won one seat, and there is one independent MCA.

On Monday, wiper officials in Mombasa said they have started working to reconcile their former members to form a formidable force in preparation for 2022.

The two had declared interest to unseat Mombasa Governor Hassan Joho, but after failing to agree, Awiti ditched Wiper for his Vibrant Democratic Party.

Omar and Awiti came third and fourth respectively in the race.

In 2013, when Omar and Awiti won their senatorial and MP seats with Wiper, Mombasa businessman Suleiman Shahbal was their governor candidate. Shahbal came behind Joho with a small margin.

However, in 2017, Shahbal ditched Wiper for Jubilee. He lost again.

Currently, Shahbal is seen as the front-runner in the Mombasa governor race.

“We believe that Shahbal is very strong. Shahbal ran in 2013 on Wiper, and we believe he can still come back because no oner ever forgets their first love,” Odhiambo said.

She said they have been having talks with former and current Wiper leaders in Mombasa ahead of 2022.

“We have been holding talks. We are now telling our beloved children to come back home because in 2022, we’ll be taking over Mombasa,” she said.

He said Kalonzo had a pact with ODM leader Raila Odinga to support his (Kalonzo's) presidential bid in 2022.

“In 2017, Raila pleaded with Kalonzo for his support. They agreed that Raila will run in 2017 and Kalonzo will run in 2022. We are asking Raila to now honour the promise,” Jabu said.