Magistrate charged with drug exhibit loss off the hook

• Court finds that drugs disappeared after the accused in that case had already been sentenced.

• It finds that magistrate was performing his judicial functions. 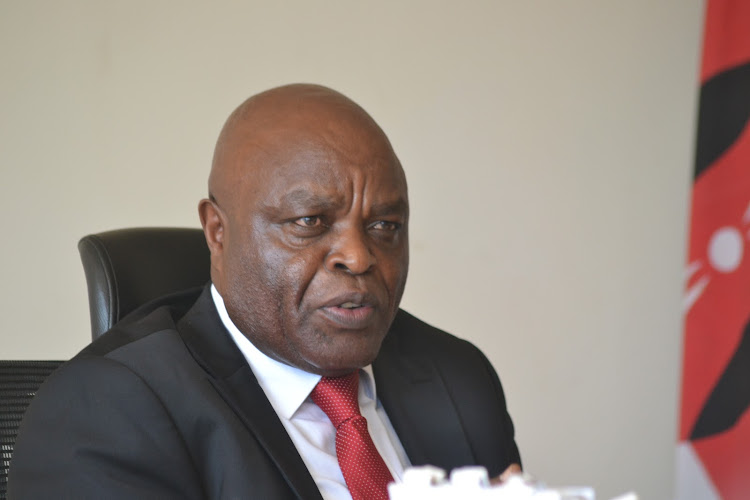 Mombasa principal magistrate Edgar Kagoni, who was facing charges over the loss of Sh30 million drug exhibits, on Tuesday got a reprieve after the High Court dropped the charges.

Malindi resident Judge Reuben Nyakundi instead ordered the DPP, DCI and the Attorney General to pay the magistrate Sh2 million for infringing on his rights.

Delivering his ruling at the Malindi High Court, Nyakundi said Kagoni was performing his judicial functions in the case.

The judge said the accused in the case which the magistrate was handling had been sentenced.

"I find no prima facie evidence to guarantee criminal prosecution against the magistrate with a  view to criminal proceedings," Nyakundi ruled.

He dismissed the petitions saying the applicants performed a ministerial function in relation to the loss of the narcotics.

Nyakundi said the magistrate had a right to appeal on the findings or even apply for judicial review of the case against him.

"The rights of the magistrate were violated, including his rights to liberty during his arrest under the presumption he had committed a crime," he said.

The Law Society of Kenya, Kenya Judges and Magistrates Association were interested parties in the case.

Immediately after the ruling, the Director of Public Prosecution said he would appeal.

Senior assistant DPP Alexander Muteti argued that every state officer had an obligation to respect, uphold and defend the Constitution.

"In the event where a judicial officer oversteps institutional independence, it becomes a criminal offence and should be dealt with in accordance with the law," he argued.

The magistrate's lawyer, Nelson Havi, argued that the charges were meant to embarrass and intimidate the magistrate.

He said the drugs disappeared between June 26 and June 28 after the magistrate delivered his judgment on June 11, then sentenced the drug trafficker to 30 years. Kagoni also ordered Sh600,000 returned to the suspect's lawyer.

"There was no appeal against Kagoni’s judgment, therefore, the charges are misplaced since he had already heard and pronounced the judgment of the narcotics drug case by the time the drugs disappeared," Havi said.