• The residents say their priorities are education, water, health and employment 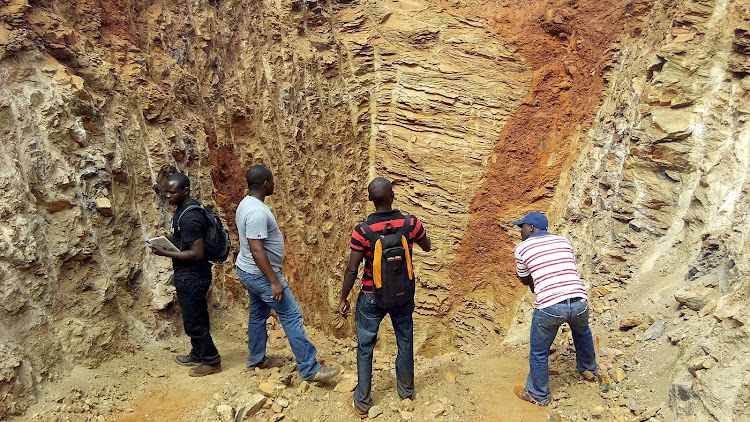 Even in his late fifties, Jacob Maghanga is optimistic that he will reap big from the much-anticipated manganese extraction on his seven-acre farm.

Maghanga is the chairman of the newly formed Taita Taveta Manganese Mining Community Based Organisation.

His family is among the 36 in Mmbabarinyi village to be relocated to pave the way for the extraction of the mineral which starts in six months' time.

There are massive deposits of manganese in the dirt-poor and arid village of Mwatate sub-county.

“Many mining companies have been extracting minerals in our county, only to leave the community poorer. We now know better. We have a CBO in place to help us develop a strong agreement before extraction begins,” he said during the launch of the CBO on Thursday.

An Australian company, Universal Resources International, will mine the manganese on 1.8 square kilometres.  It has a 25-year mining licence from February.

A geographical and geological survey showed that Rong'e ward has at least 40 billion tonnes of manganese deposits.

“Our priority is education, water and health. We believe that the investor shall adhere to the agreement and help us in these key sectors,” Samba said.

David Irungu, the county mining officer, said the CBO and the investor will agree on when to commence relocation and compensation.

“The government will only come in to make sure that a community development agreement committee (CDA) has been formed. This is the committee composed of the investor, community representatives and other government officials,” Irungu said.

The CDA committee shall be tasked with identifying key projects for CSR.

Under the Mining Act 2016, the CDA committee is mandated to consult widely with the community on any projects they wish to initiate at the village level.

Universal Resources director Lloyd Mark Stephenson said, “We endeavour to accommodate everyone but we have priorities with the landowners first. The rest will fall as we move forward.”

Geologist Emmanuel Nyambu, who conducted the socio-economic survey, said some families will be relocated to avert danger arising from exploration activities.

The company intends to partner with the Taita Taveta University to offer mining field studies at the Department of Mining and provide a platform for students' practicals.

Universal Resources International was incorporated in 2010 and has been in Taita Taveta since 2014.

The county has massive deposits of more than 40 high-value minerals, among them titanium, copper, iron ore, gold and limestone.