State warns over increase in illicit brews in Kirinyaga Central

The government has sounded a warning following an increase in the trafficking of second generation brews across Kirinyaga Central sub-county. https://bit.ly/3CPhE2z 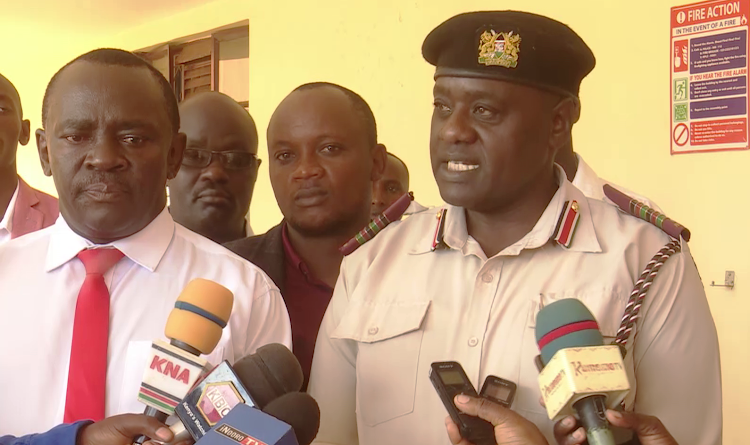 The government has sounded a warning following an increase in the trafficking of second generation brews across Kirinyaga Central subcounty.

Deputy county commissioner Daniel Ndege said that the subcounty has lately registered an upsurge in the sale of ethanol which is mostly being used as the main chemical in the distillation of the illicit brew.

He said the concoction is unsafe for human consumption due to its unsafe method of preparation, adding that rogue brewers are mixing ethanol and water and later packaging it for sale to unsuspecting revellers.

The administrator added that so far some suspects had been arrested and are set to be arraigned in a court of law, saying much of the ethanol is being ferried from Thika and Nairobi.

Ndege, who was speaking on Friday, said the government will increase surveillance throughout the subcounty in order to deal with the menace.

He, however, said that the locally prepared ‘Makabo’ illicit brew had declined at 70 per cent all thanks to cooperation between local administrators and members of the public.

The administrator said the government will not condone the sale of the local brew and will mercilessly continue to deal with the law breakers.

Speaking  in Kerugoya during the subcounty administrators meeting, Ndege further urged all farmers in the subcounty to register for subsidised fertilisers, saying that so far 6,000 farmers had been registered.

The administrator said that the government will ensure that the 100 per cent transition from primary school to secondary schools across the subcounty is achieved.

Ndege called on parents to send to school all the Grade 6 and Class 8 pupils who sat for last year’s national examination, saying local administrators will remain on alert to deal with parents who will not adhere to the government’s directive.

“We want to ensure that no child will be left at home during the admission of the Form 1 and junior secondary students,” he said.

MP Gachoki Gitari pledged support to the administrators as he said that his office will be ready to cooperate with them.

He said that through the National Government Constituency Development Fund, chiefs operating with no offices will be provided with one in the course of his term.

The legislator also assured parents that bursary will be disbursed soon, thus calling on them to prepare their children for school.

He urged those who have secured bursaries from other donors and other elected leaders to refrain from applying under the NG-CDF bursary programme so as to enable as many needy students to get help. 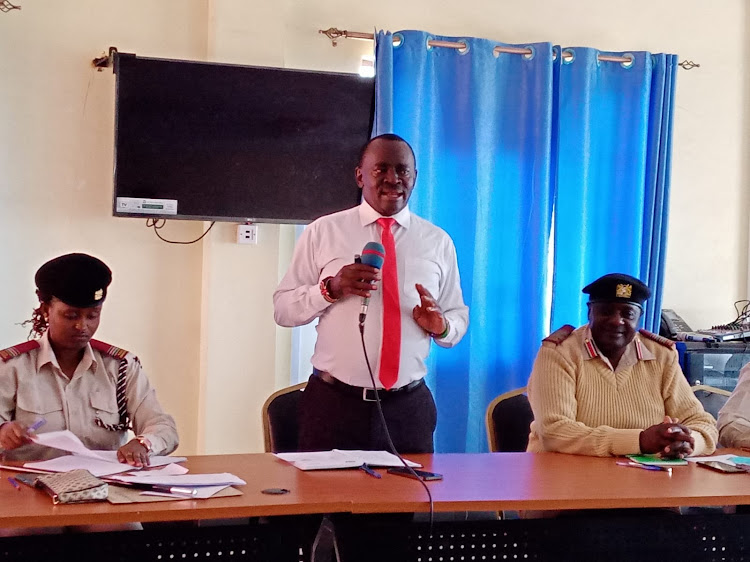 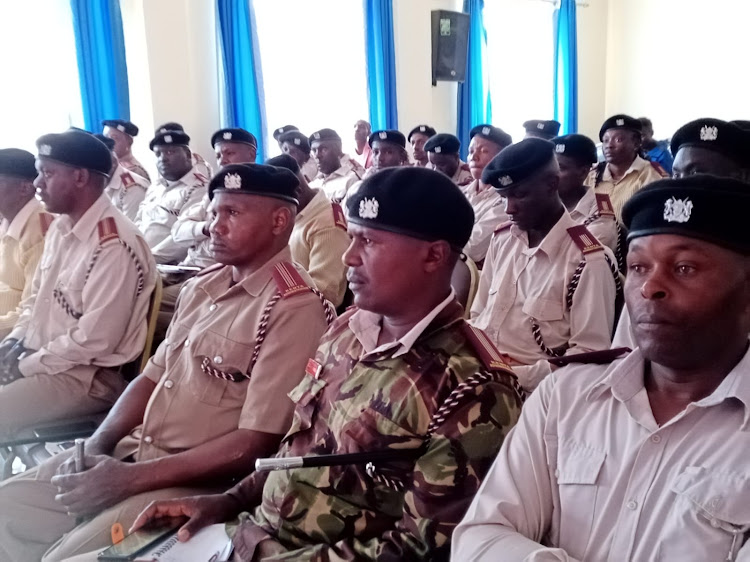 SOUNDED WARNING: A section of Kirinyaga Central subcounty administrators during a meeting in Kerugoya on Friday, January 13, 2023.
Image: WANGECHI WANG'ONDU

Over 10 dens were raided and hundreds of litres of illicit brew confiscated.
Counties
1 month ago

Agency says previously the Central region was leading but now  Western has taken over
Counties
1 month ago
Post a comment
WATCH: The latest videos from the Star
by WANGECHI WANG'ONDU
Central
15 January 2023 - 21:00
Read The E-Paper