She surrendered to the Kianyaga police station early last week

•The suspect through her lawyer Victor Mike Munene pleaded to be released on bail or bond terms on the grounds of being a parent to a six-month-old baby who consistently needs care and motherly attention. 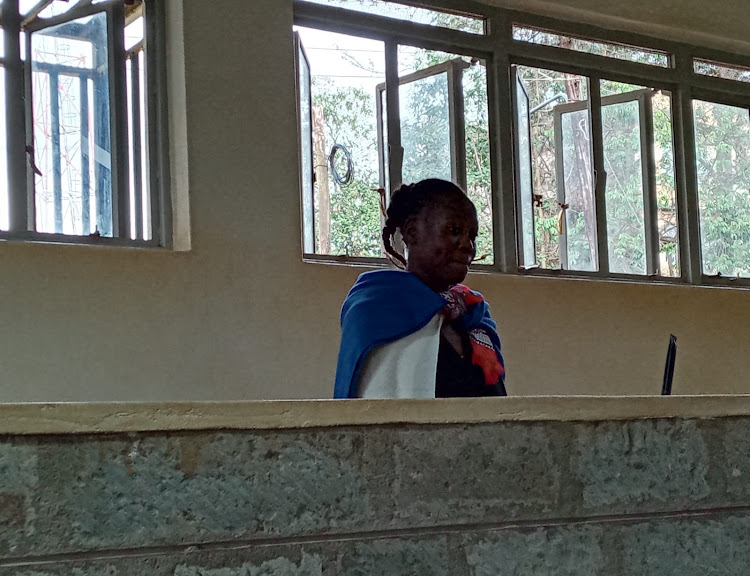 Murder suspect Jackiebedi Wanjira Miano when she was arraigned before the Kerugoya high court on Tuesday
Image: WANGECHI WANG'ONDU

A woman was Tuesday arraigned before a Kerugoya high court for allegedly murdering his husband.

Wanjira is accused of allegedly causing the death of Mathew Njagi Muriuki on November 5,  in Karucho village, Gichugu, Kirinyaga County after an alleged domestic quarrel which ensued between them.

According to a police report, the accused is suspected to have used a kitchen knife to stab the 29-year-old on the front side of the neck, therefore causing serious injuries to the deceased.

She surrendered to the Kianyaga police station early last week where she has been held until Tuesday when she took a plea.

The suspect through her lawyer Victor Mike Munene pleaded to be released on bail or bond terms on the grounds of being a parent to a six-month-old baby who consistently needs care and motherly attention.

Munene told the court that detaining the mother would pose a great challenge to the six-month-old baby who was strapped on the suspect’s back at the time of taking the plea. 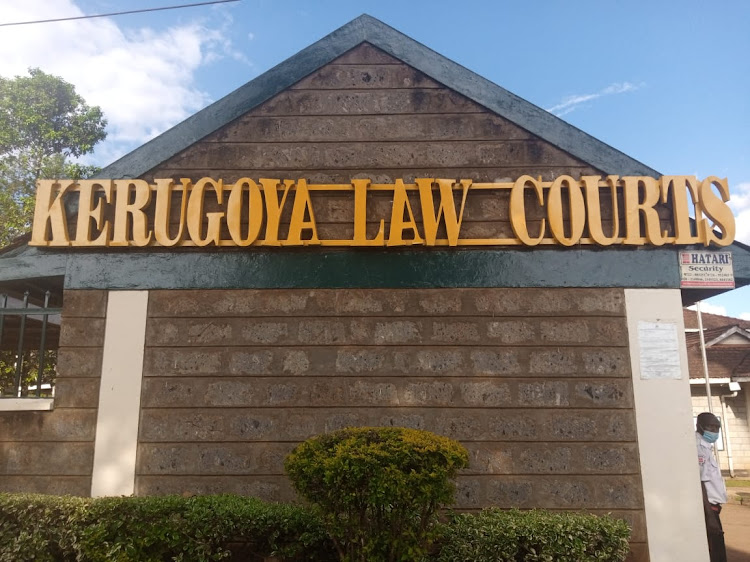 Kerugoya law courts in which the accused was presented
Image: WANGECHI WANG'ONDU

“The accused is carrying a six-month-old baby and putting her in custody would not only pose a great challenge to her as a mother but would also do so to the young baby she is carrying,” he said.

In addition, he submitted that the accused is still presumed innocent until proven guilty and as such the charges she has been accused of can best be treated as mere allegations.

Munene affirmed to the court that his client was not a flight risk and that he would adhere to all the laid out court directions as he had taken her through the purpose of the bond terms.

State prosecutor Vincent Mamba did not object to the prayer saying he is convinced with the officer’s report over the accused.

The suspect through her lawyer pleaded with the court to release her on a reasonable bond of Sh300,000 saying her family was only able to afford a piece of land equal to that amount

The suspect was released on a bond of Sh300, 000 or a surety of a similar amount, in this case, a title of not less than that amount.

The court further ordered that the document be subjected to verification and approval by the court.

In addition, she was cautioned not to interfere with the witness and attend all court mentions pertaining to the case.

The suspect will however spend the night at the Kianyaga police station pending the presentation of the documents in court.

The case will come up for mention on Wednesday, November 16.

Post a comment
WATCH: The latest videos from the Star
by WANGECHI WANG'ONDU
Central
15 November 2022 - 15:18
Read The E-Paper