•He now is the fourth assembly speaker. 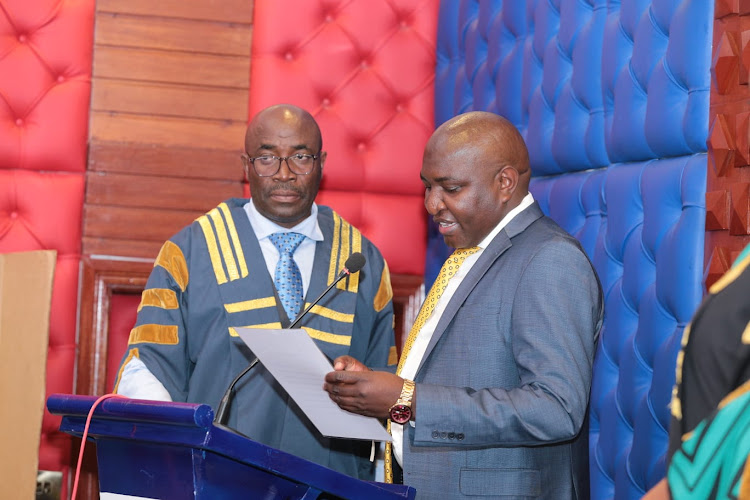 This is after he was voted in overwhelmingly by all the 31 out of 32 MCAs who took the oath of office in the new Kirinyaga assembly chambers on Wednesday.

He now is the fourth assembly speaker. He was preceded by Ann Wangeci, David Githanda and Antony Gathumbi.

Initially, there were three candidates who had expressed interest in vying for the seat. 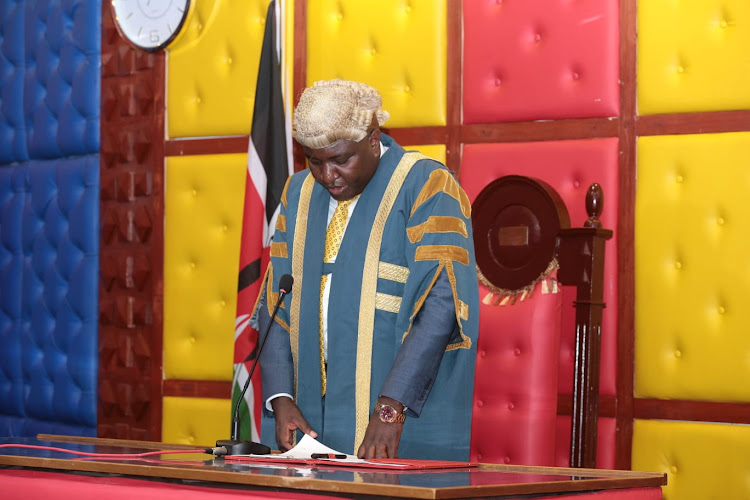 Clerk Kamau Aindi, however,  announced the withdrawal of Calbert Munene Njeru from the race.

In his maiden speech, Muteti pledged to work for the common good of Kirinyaga county while in strict compliance with the constitution.

As a key organ in the promotion of devolution, the speaker called on the MCAs to devote their services without tire so as to improve the livelihoods of the residents.

Despite them holding political seats, he called on them to do away with confrontational politics which threatens service delivery and efficient leadership.

He challenged them towards working for the well-being of the people in order to leave life transformative legacies by the end of the term. 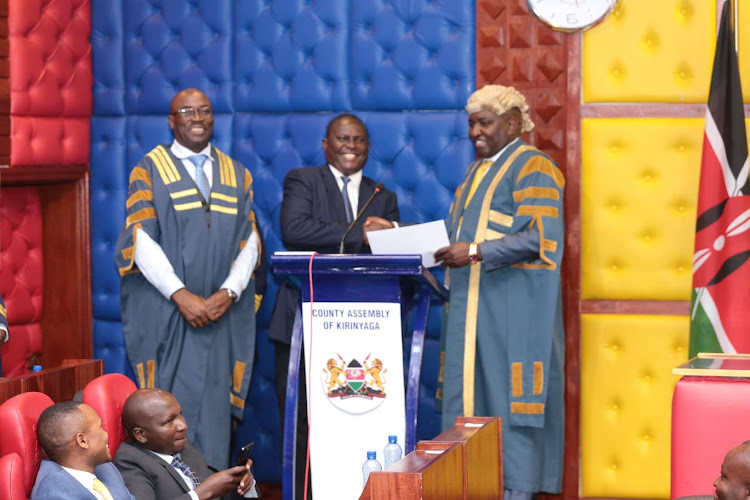 Speaker Murimi Muteti presents a certificate to his new deputy Njamumo Njinaro after he was sworn at the floor of the house.
Image: WANGECHI WANG'ONDU

"Let us dedicate ourselves to the people who entrusted us with the task to represent them. This is through exercising good governance, democracy and a spirit of integrity as enshrined in the constitution."

Muteti further assured of close cooperation between the assembly and executive which he recognized for its crucial role in steering devolution.

Besides working for the county, he pledged to cooperate with his other colleagues through the county assembly forums in bettering the devolved units.

The new speaker later presided over the swearing-in of the deputy speaker Njamumo Jinaro whose candidature was a walk in the park after his only competitor David Kinyua Wangui pulled out of the race in the morning hours.

Earlier in the day,31 MCAs were sworn in as assembly members apart from Pauline Kamau, a nominated MCA who didn't show up for unexplained reasons.

Post a comment
WATCH: The latest videos from the Star
by WANGECHI WANG'ONDU
Central
21 September 2022 - 21:29
Read The E-Paper