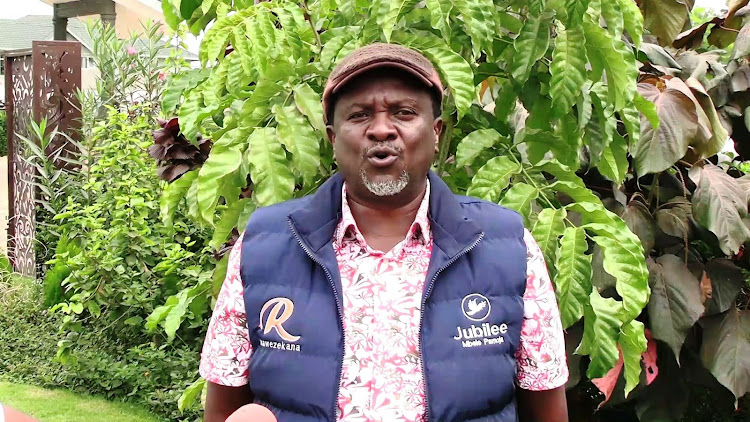 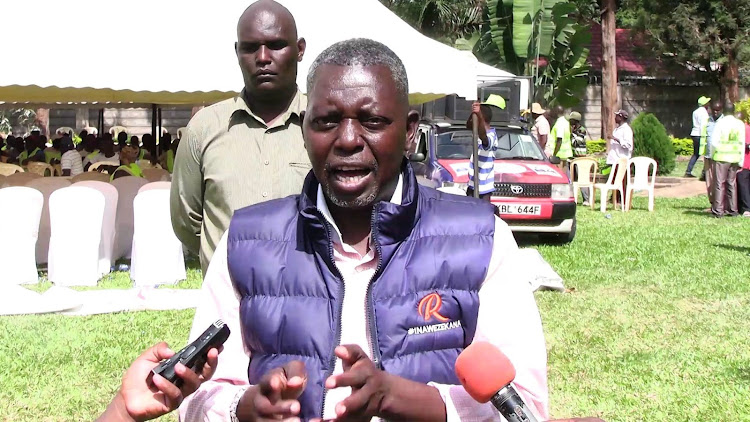 Karua said the two candidates need to enter a consensus to decide who between them will carry the Azimio ticket in next week's election.

She pledged to bring in mediators who will help broker the agreement to  break the deadlock.

Speaking on Monday, Karua said the candidates risk dividing the votes thus losing to their competitors if they contest as individual parties.

The Narc Kenya leader pledged to throw her weight behind the candidate who will be settled on.

“Narc Kenya and Jubilee are part of the 26 affiliate parties under the same family called Azimio la Umoja. If we lack unity despite preaching about it, we risk not delivering the Kirinyaga gubernatorial seat. Let us not be hardliners on this lest we lose,” she said.

Karua directed Jubilee and Narc Kenya delegates to conduct grassroots meetings on Tuesday to deliberate on the way forward.

She also urged supporters of both parties to overwhelmingly support and vote in the candidate who shall be picked.

Her concerns follow a contested show of supremacy between the candidates during an Azimio La Umoja political rally held in Kerugoya Stadium.

Each team brought its supporters who brandished posters and cheered their candidates when they were invited on stage to speak to the crowd.

Karua, who was speaking at the event also attended by presidential candidate Raila Odinga, told residents to vote in all candidates under Azimio to help strengthen the coalition's political base within the county and the entire Mt Kenya region.

“We are optimistic that Azimio shall carry the day in next week’s polls. However, I need to deliver a considerable number of votes from here to secure and cement our place in government," the former Gichugu MP said. 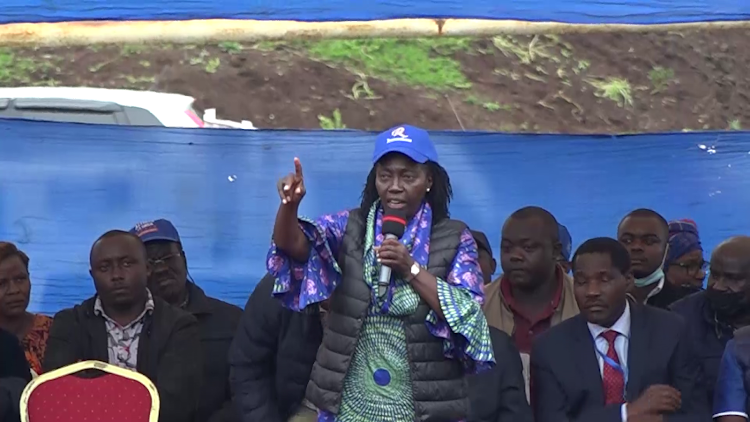 Ngirici was responding to Muturi’s remarks on Saturday.
News
4 months ago

Some of them include Woman Representative Ngirici, outgoing Senator Kibiru and former governor Ndathi.
Counties
4 months ago

Uhuru said Kenya will be safe with Raila as the driver and Karua as the conductor.
News
4 months ago
Post a comment
WATCH: The latest videos from the Star
by WANGECHI WANG'ONDU
Central
02 August 2022 - 22:00
Read The E-Paper