Don't be forced into voting for Azimio, Waiguru tells voters 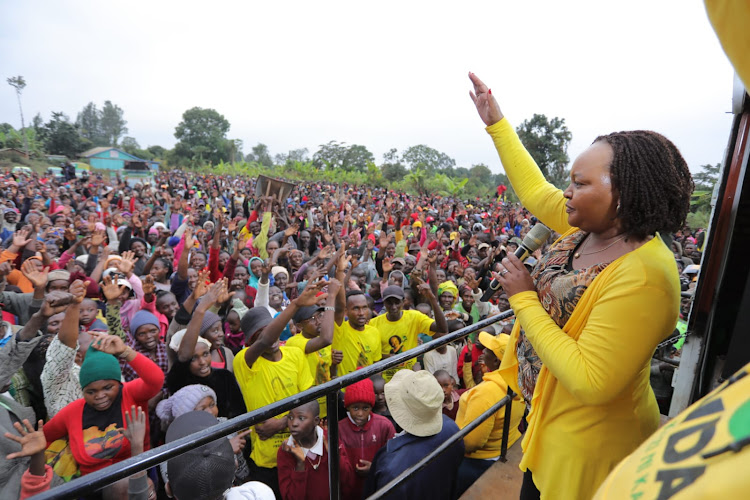 Kirinyaga Governor Anne Waiguru has asked voters not to allow anyone to threaten them on who to vote for during Tuesday's polls.

Waiguru said voters in Kirinyaga are being threatened by state operatives not to vote for UDA presidential candidate William Ruto and his team.

Speaking during campaign rallies at Karumandi and Kiine wards, the UDA governor candidate asked residents to exercise their voting right without fear.

Waiguru said "state operatives" have employed all manner of tactics, including dishing out money, food, collection of identity cards and registering names of voters in an attempt to force them to vote for Azimio presidential candidate Raila Odinga.

"I know the people of Kirinyaga will not be bought to vote for Azimio and independent candidates being sponsored by the state. Voting exercise will be secret so when you get to the ballot paper, vote where your heart is," she said.

Waiguru also asked voters to reject independent governor candidate Wangui Ngirici because she has no clear agenda for development.

She said an independent candidate would have it rough to run a county because of lack of support from the national government.

Waiguru said Azimio leadership has sensed defeat and is now trying to interfere with the IEBC's work to lay ground for contesting the election results.

She said Tuesday's election will be between transformative leadership that seeks to empower people from the bottom of the pyramid and those who want the status quo of the trickle down model to continue.

The Kirinyaga governor appealed to the electorate to give her another term to enable her complete the development programmes she started.

She said another term would give her an opportunity to extend projects such as cabros, which now cover all the major towns to the smaller towns.

Waiguru also said that the Wezesha Kirinyaga economic empowerment programme that she initiated will also be extended to every household in the county. 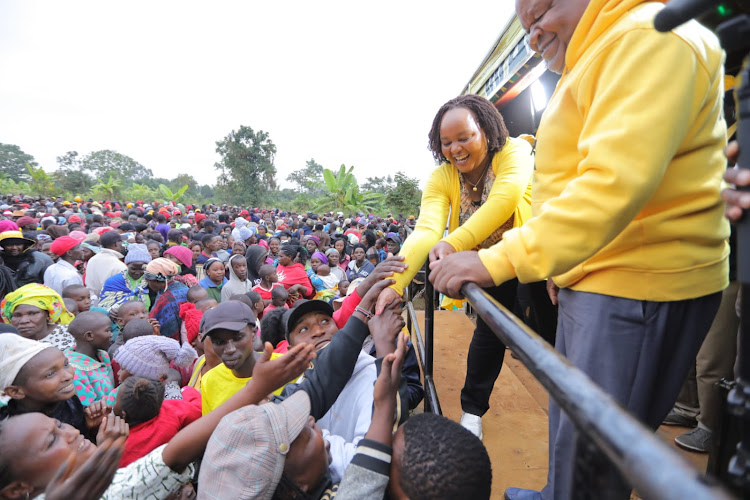 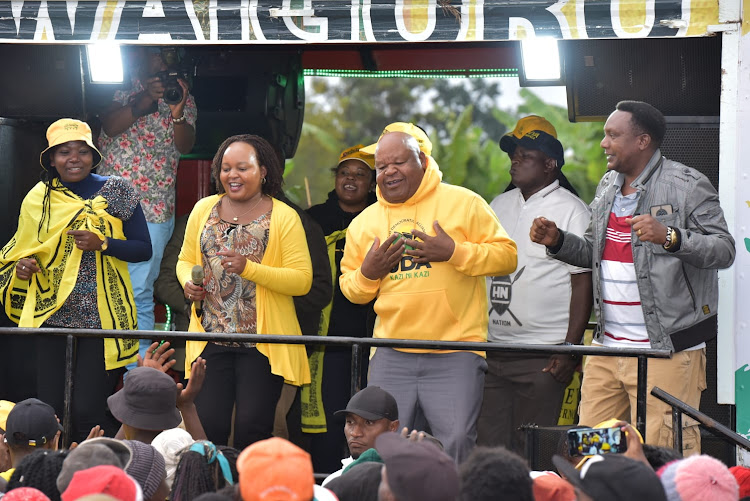 Kirinyaga Governor Anne Waiguru and other county UDA leaders during a campaign event in Karumandi ward.
Image: WANGECHI WANG'ONDU
“WATCH: The latest videos from the Star”

He also labelled the current IEBC manual or electronic grid lock as a flimsy excuse.
News
2 weeks ago

Gachagua asks chiefs to reject calls to campaign for Raila

He asked PS Kibicho to stop interfering with UDA campaign activities in Kirinyaga.
News
3 weeks ago

Some of them include Woman Representative Ngirici, outgoing Senator Kibiru and former governor Ndathi.
Counties
1 week ago
by WANGECHI WANG'ONDU
Central
02 August 2022 - 22:00