Factories registered an impressive bonus of between Sh31 to Sh35.50 per kilo up from Sh21 last year 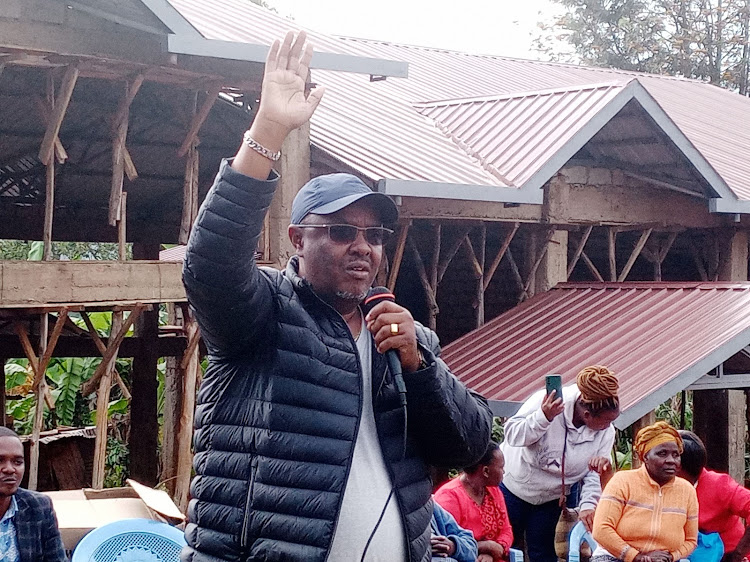 KTDA board member John Mithamo has led Kirinyaga county tea farmer in lauding the government for the high bonus payment for their produce.

Mithamo said this was achieved amid low tea consumption in Kenya’s external market.

He also attributed the rise of the dollar which hit a high of Sh120 and the fair bidding of the produce at the Mombasa tea auction to have immensely contributed to the good price.

“Kenya’s dependable markets have registered a low tea consumption rate. As a result, much of the farmers produce is still in our stores awaiting to be exported. Regardless of the situation, the soaring pricing at the Mombasa tea auction which hit as high as $3 up from the reserve price of $2.43 coupled with strengthening of the dollar gave impeccable results,” he said.

In addition, he said the high bonus would be advantageous in cushioning the farmers from getting trapped by exploitive lenders.

“Low bonus payment would have equally  spelled doom for the farmers because they would have fallen prey to loans rendered at exorbitant interest rates by many of the local lenders. This would be one way of countering the efforts we have made so far in protecting the tea farmers.

Mithamo who is also one of the directors at the Ndima tea factory announced that all the five tea factories across the county have registered an impressive bonus of between Sh31 to Sh35.50 per kilo up from Sh21 last year.

The highest pay he revealed was Mununga which will pay Sh35.50, followed by Ndima and Kimunye tea factories which tie at Sh34, Thumaita Sh32.50 and lastly Kangaita will pay up Sh31.

Speaking on Friday to tea farmers in Ndia, the tea agency board member said farmers will get their pay in early July in line with the government’s directive.

“There will be no more delay of farmers money. The previous regime hoarded the pay until October or even paid at their own convenience. Farmers need to be respected for their toil and be handed in a timely manner what is rightfully theirs,” he said.

He said their attempts to take over the tea sector have since been overtaken by time all thanks to the effectiveness of the new tea laws.

He said the tea agency would stop at nothing to ensure exploitive quarters are kept at bay.

“We are willing to go to an extent of writing to the anti-corruption agency to conduct a lifestyle  audit on some individuals, all to the benefit of a tea farmer.”

He also urged Kenyans to cultivate a tea drinking culture to promote the tea market at a local level.

“Let us emulate the Arabic countries which have embraced a tea drinking culture and even consider tea as part of their meal. For example a Pakistani takes a minimum of five cups of tea in a day unlike us who consider tea as a beverage.”

Farmers who spoke to the Star hailed the new price saying it is an indication of an improved sector which is on the path to recovery.

Beth Nduku said the bonus payment will enable her buy basic commodities that have since skyrocketed due to a high cost of living.

“The additional money will complement the monthly pay I get for selling my produce thus will go a long way in buying basic commodities that will assist my family.”

Justus Wachira said the money will enable him improve his farming by buying the necessary inputs. In addition he hailed the government for streamlining the sector saying farmers effort is finally paying off.

The main bonus will be paid in full by July 8.
Business
1 month ago

Unscrupulous dealers made enormous profits as farmers were left languishing in debts and poverty
Counties
4 months ago
“WATCH: The latest videos from the Star”
by WANGECHI WANG'ONDU
Central
26 June 2022 - 22:00
Read The E-Paper