Voting for Raila is voting for me, Karua tells Mt Kenya

• She said Azimio la Umoja-One Kenya Coalition team has leaders of high reputation and are patriotic, thus Kenya will be in safe hands.

• She said Raila has on different occasions demonstrated endurance, patience and patriotism. 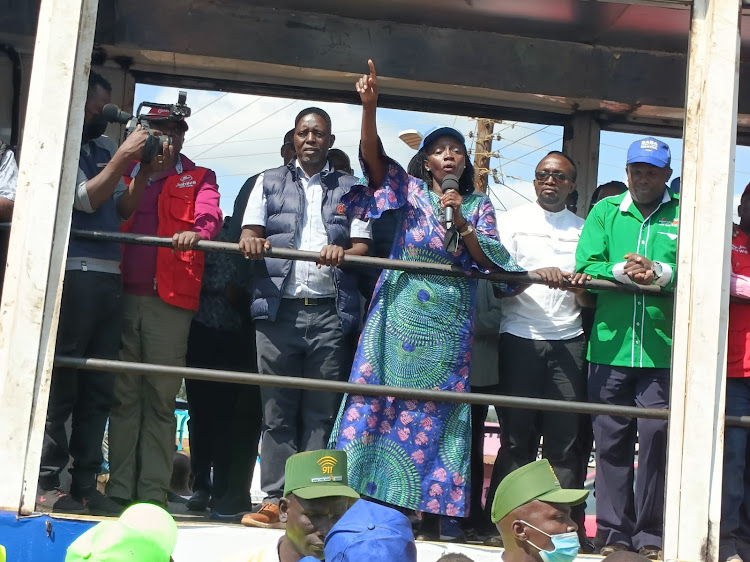 Speaking in Kirinyaga on Tuesday, she urged Kenyans to help restore sanity in the country by voting for them.

Karua’s sentiments seem to be an effort to bolster the coalition's strength to woo voters from the Mt Kenya region, which is perceived as a Kenya Kwanza stronghold.

She said Azimio la Umoja-One Kenya Coalition team has leaders of high reputation and are patriotic, thus Kenya will be in safe hands.

“I plead with you to vote for us because we are yearning to give you the right kind of leadership. Be wary of irresponsible characters and whose integrity is tainted," Karua said.

"Even in your own home, from among your children you know who is responsible and who you cannot trust with your precious items.”

Speaking during a campaign trail at various stops within the county, Karua said together with Raila, they have served in various capacities in previous governments, roles she says they undertook with dedication and seriousness.

She said Raila has on different occasions demonstrated endurance, patience and patriotism.

“Every job deserves the right worker because not everybody is wired to undertake any kind of job. In the case of Raila, he has sacrificed a lot for the sake of the nation. Much as we have differed on different occasions, one thing that stands out from him is that he is a true statesman,” Karua said.

The Narc Kenya boss praised their track record, hers and Raila's, while working under President Mwai Kibaki’s government

“We are hard-workers and have proven so through the different leadership roles that have been accorded to us by the previous regimes,” she said. 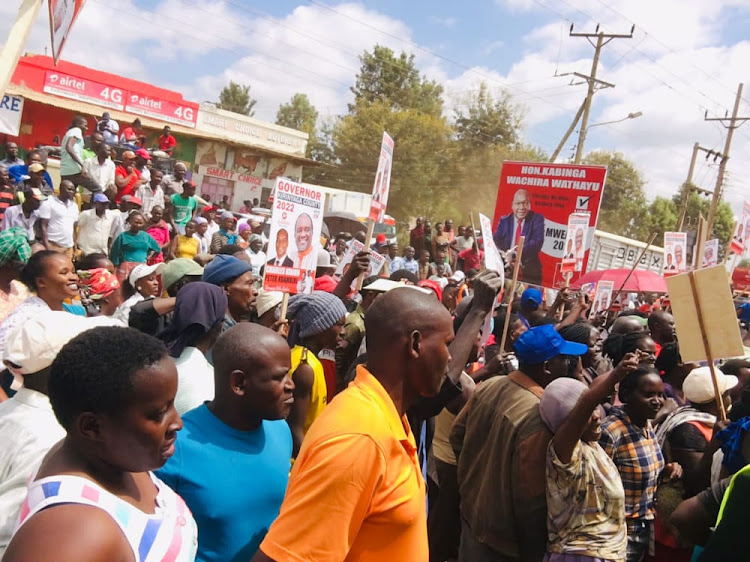 "They don't care about UDA or Ruto," Miguna said.
News
1 week ago

She said they will ensure the disbursement is done in a transparent way.
News
1 week ago
“WATCH: The latest videos from the Star”
by WANGECHI WANG'ONDU
Central
22 June 2022 - 22:00