• Madrine King’endo says the rising number of mental health cases across the country is a concern that should be tackled head on.

• The mental health specialist said failure to seek help means many patients end up alienating themselves from society while a considerable number commit suicide. 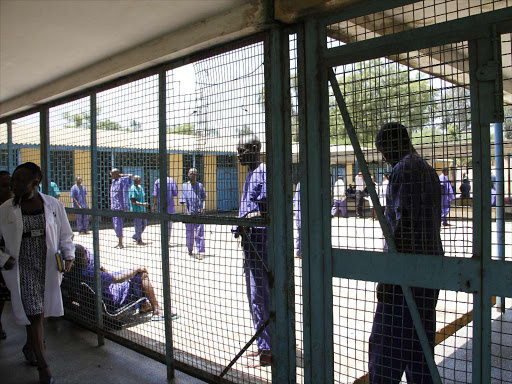 Patients outside their wards in Mathari Hospital
Image: FILE

A psychologist in Kirinyaga wants the government to declare mental health ailments a national disaster.

Madrine King’endo said the rising number of mental health cases across the country is a concern that should be tackled head on.

Speaking on Saturday in Mwea during a mental awareness forum, King’endo said many Kenyans are ignorant of the disease and misconstrue it for madness.

She advocated for an aggressive public awareness campaign that will seek to sensitise Kenyans on the causes, effects, treatment and preventive measures of the disease.

“Mental health is a ticking bomb that, if not urgently handled, will result in untold misfortunes. Many Kenyans suffering from the ailment are shying off to seek treatment for the fear of being referred as mad people,” she said.

The mental health specialist said failure to seek help means many patients end up alienating themselves from society while a considerable number commit suicide.

“Stigmatisation is high as a result of ignorance about the ailment. Therefore, the first intervention is to enlighten Kenyans on the need to seek treatment and those not suffering to embrace and care for those who are undergoing the challenge.”

“Besides, the government should put in place a workable structure that will help minimise and eventually avert the escalating crisis. It has done so on HIV-Aids and thus should direct its attention on mental related diseases,” she said.

King’endo rallied for the recruitment and deployment of mental health specialists and streamlining of existing rehabilitation centres.

She further urged the government to provide a conducive environment to enable provision of free medical services for the ailment, failing which it should be compelled to minimise the medical fee to enable as many patients as possible to seek treatment.

In addition, she urged Kenyans not to suffer in silence but to hastily seek timely treatment as the condition is treatable.

In late 2019, the government formed a task force with the aim of studying the mental status of the country after it was established that the country was facing a mental health crisis.

Among the recommendations given by the Dr Frank Njenga-led team was the establishment of a mental health commission to advise and assess the status of the problem and subsequently report to the annual National Happiness index.

In July 2020, the government said one in 10 people suffer from a common mental disorder, with the number increasing to one in every four patients who attend routine outpatient services.

In 2017, the WHO conducted a world mental health situation where it ranked Kenya as the fifth among African countries with high depression related cases.

Children, mental health, digital world: How to get a balance

Children engaging in the digital world are exposed to a range of threats.
News
1 week ago

"Let therapy and mental health check-ups be a regular part of our health care."
News
1 week ago
“WATCH: The latest videos from the Star”
by WANGECHI WANG'ONDU
Central
20 June 2022 - 22:00