Security was beefed up as traffic was disrupted in many parts of the busy roads.

•This is the first time she was visiting her home county after being unveiled as ODM leader Raila Odinga's running mate.

•Security was beefed up as traffic was disrupted in many parts of the busy roads across the county. 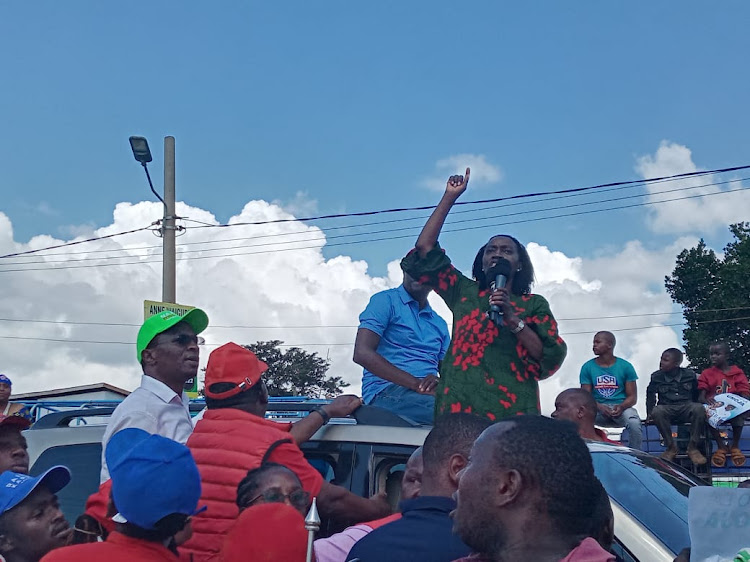 Azimio la Umoja presidential running mate Martha Karua was treated to a rousing welcome during her tour of Kirinyaga county on Tuesday.

This is the first time she was visiting her home county after being unveiled as ODM leader Raila Odinga's running mate.

Security was beefed up as traffic was disrupted in many parts of the busy roads across the county. 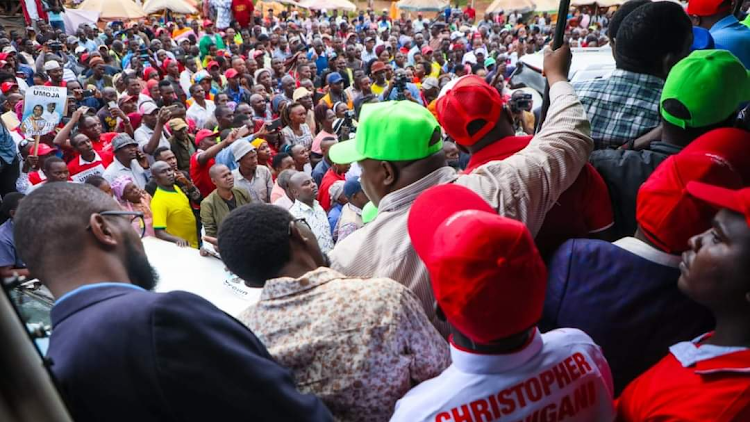 A mammoth of county residents congregated at various stops where Karua was cheered by her supporters.

At Kutus, Karua thanked the county residents for standing with her and appreciating her appointment.

She said she was ready to serve the nation in the position of a deputy president should Azimio sail through.

"I'm grateful for you overwhelming support that you showed to me yesterday. I'm positive we shall clinch this seat so that we can continue serving you."

The Narc Kenya leader promised to popularize the Azimio coalition in the region and ensure they win a majority of the votes in the August 9, polls.

She said the ODM leader Raila Odinga will soon tour the area in her company to seek their support for the top seat.

Karua implored county residents to give the coalition a chance to serve them so that they could better their lives.

"Give leadership jobs to accountable people who will secure your funds."

In addition, she noted that the coalition is full of individuals who have the best interest of the country and whose reputations are untainted.

Earlier on in Mwea Karua said through CS Munya, the agricultural sector will continue to be streamlined for the interests of the farmers.

She pointed out rice farming which is among the backbone of the county's economic activities as their priority in bettering the lives of residents.

Karua said they will ensure the provision of sufficient water to sustain the farming.

She further pledged to oversee the proper ironing out and completion of the land tussle gripping South Ngariama.

On his part, CS Munya pledged to support Karua in her bid to popularise the Azimio coalition in the Mt Kenya region.

Karua will also be the Justice and Constitutional Affairs minister
News
1 month ago
by WANGECHI WANG'ONDU
Central
17 May 2022 - 15:37