Why we chose to stick with Jubilee, say Kirinyaga MPs

·Speaking on Friday in Mwea, Kabinga disclosed that a majority of the county leaders’ disloyalty to the government would have compromised the positions of some senior state officials who hail from the county and worst case scenario compromise the continuity of development projects in the county.

· Kirinyaga central MP Munene Wambugu said much of the projects that had been achieved in his constituency were thanks to his seamless cooperation between him and the state . 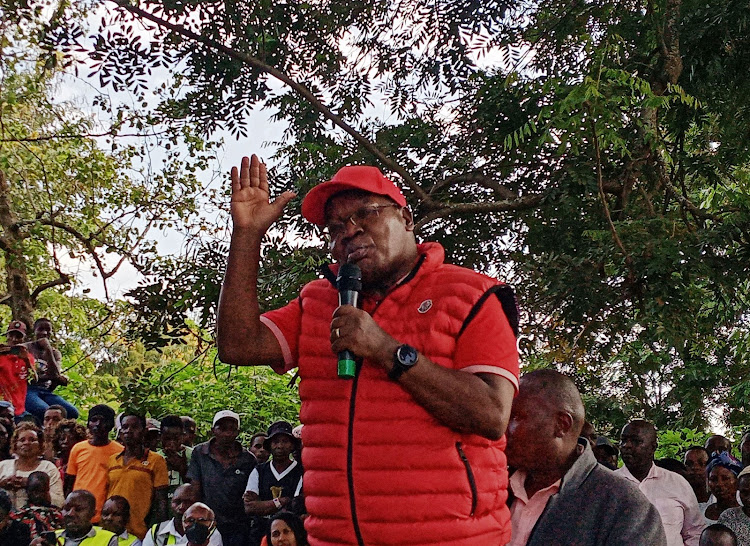 They vowed to continue popularising projects by government while enlightening the people why they took the stand.

The two lawmakers are seeking reelection in their constituencies under the Jubilee party.

Their counterparts Gichimu Githinji (Gichugu) and George Kariuki (Ndia) will be defending their seats under the UDA party tickets.

Kabinga disclosed that majority of the county leaders’ disloyalty to the government would have compromised positions of some senior state officials from the county and continuity of development projects.

He said they chose not to be carried away by party euphoria like many of their colleagues.

“We were caught between a rock and a hard place on whether to stand with the government that has transformed our county or go ahead and backstab it,” Kabinga said.

“Our choices would be a great determiner on how we relate with the government. Our projects, our future and that of our people inclusive of state officials who hail from here, were at stake.

"That's why we took it upon ourselves to remain and defend the government.”

He said going by the county infrastructural achievements, the government has done a lot for Kirinyaga.

They said Uhuru's government gave Kirinyaga more than 600 kilometres of tarmac road up from 4 kilometres in 2013 .

He regretted the BBI defeat, saying it would have been advantageous by bringing to an end the insufficient resource allocation to the populous constituencies like Mwea.

This he said would have achieved a sufficient distribution of bursaries and increased leadership representation to the 237,000 residents.

“Being a Mwea MP is no mean feat. You have to be committed, a thinker and consistently work closely with the government or subject your people into a lot of suffering," the MP said.

“Through the CDF, Mwea gets an allocation of Sh130 million out of which Sh40 million allocated. The remaining amount is channeled into development across the eight wards which is still not enough."

On Saturday, Wambugu said most of the projects completed in the  constituency were due to his seamless cooperation with government.

He admitted not to have ever been denied help by the state during his  term in office.

“If I were inconsistent and kept jumping ships, my people would have never benefit from the current government programmes. I had to stick with the government for my people," Wambugu said.

He further praised the government for accomplishing life transformative projects among them 223 kilometres of roads,schools, markets and tea farming.

“No one has hd our best interest at heart than President Uhuru Kenyatta .All the projects he undertook in our county demonstrates his good intention in transforming lives," he said. 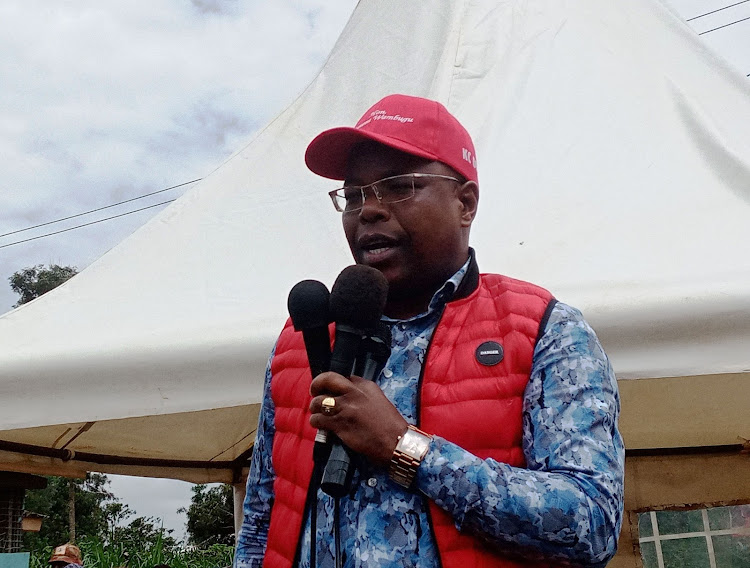 Raila brings on board experienced and seasoned regional bigwigs to lead rev up his vote hunt.
News
1 month ago

Karua said the outcome of the ongoing vetting will not make her quit Azimio.
News
1 month ago
“WATCH: The latest videos from the Star”
by WANGECHI WANG'ONDU
Central
15 May 2022 - 22:00