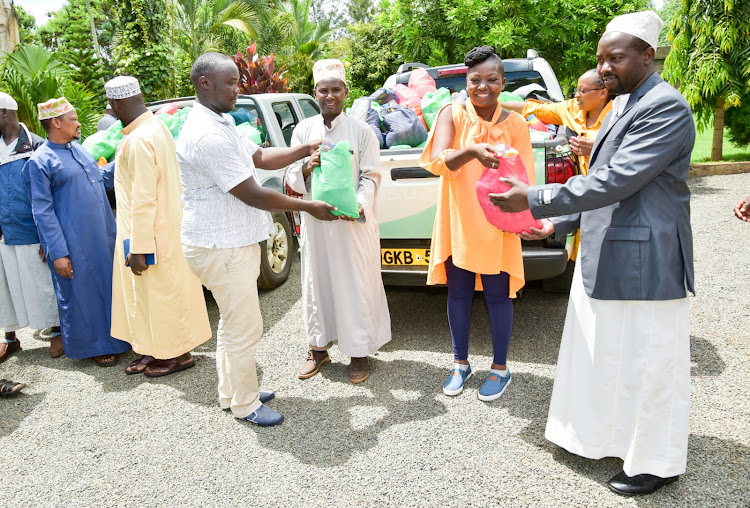 Kirinyaga Governor Anne Waiguru on Tuesday donated food hampers to hundreds of Muslims from the county as the community marked Eid al-Fitr.

The hampers which contained different foods were received on behalf of the beneficiaries by imams from all the mosques.

Speaking during the event at the governor’s official residence in Kagio, the imams expressed gratitude to Waiguru, saying she has extended a kind gesture every year since she was elected.

Hamisi Muiruri, an imam from Sagana Mosque, said such donations help many families who would not have celebrated the day for lack of anything to eat.

He further said Muslims have always enjoyed a cordial relationship with the governor whose development programmes have made  an impact in every corner where the community.

Kerugoya Mosque imam Idi Adul thanked the governor  saying the food hampers will go a long way in enabling their sisters and brothers celebrate the season.

At the same time, the imams called upon all Kenyans and aspirants to uphold peace during the electioneering period.

“Islam means peace and that is what we are preaching peace in our mosques so that we may live harmoniously as brothers and sisters even after the election,”Adul said.

Agriculture executive Jackline Njogu, who handed over the donation on behalf of Waiguru, passed the governor’s message of goodwill to the Muslim community.

She said the governor has been keen on looking into the welfare of the community and will continue to work with them. 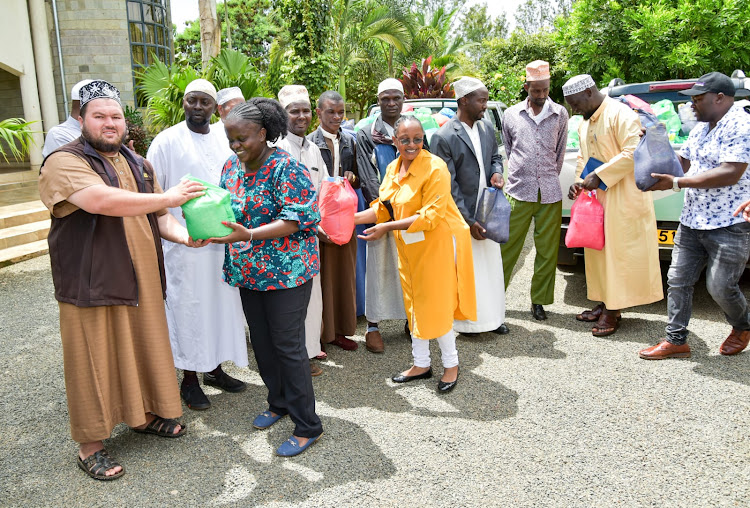 Uhuru sends goodwill message to Muslims as they celebrate Eid

Eid is one of the biggest celebrations in the Muslim calendar.
News
3 weeks ago

Eid is one of the biggest celebrations in the Muslim calendar.
News
3 weeks ago

If you wish to bid good tidings during Eid the most effective way is to say 'Eid Mubarak'.
InPictures
3 weeks ago
“WATCH: The latest videos from the Star”
by WANGECHI WANG'ONDU
Central
04 May 2022 - 22:00