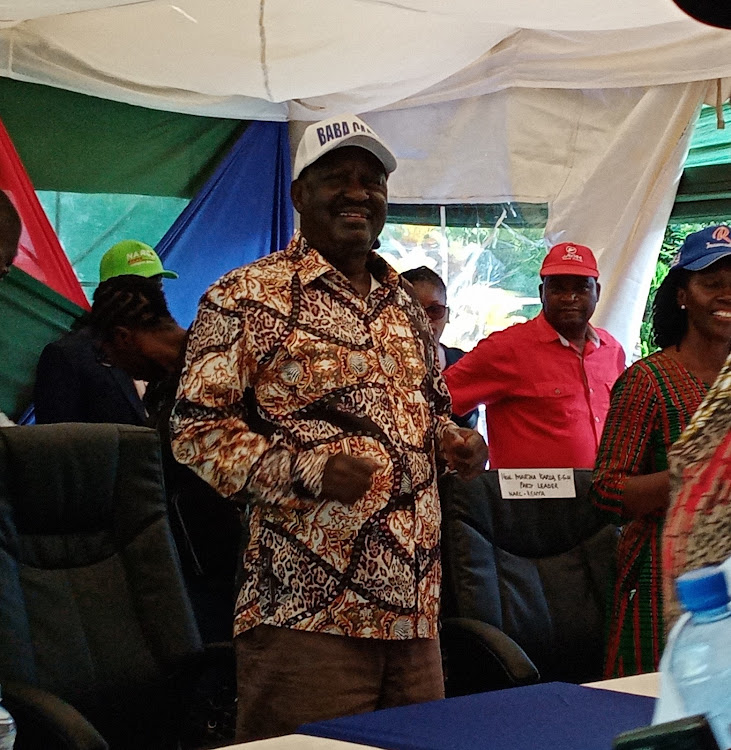 Azimio presidential aspirant Raila Odinga has pleaded with Kirinyaga county leaders and residents to be patient even as the period to pick a  running mate beckons.

This comes in the wake of an aggressive call made to him by a considerable number of the county leaders to consider picking Narc Kenya leader Martha Karua as his deputy.

Speaking on Monday in Kutus, Kirinyaga county, Raila said he has listened to the leaders' appeal and, as such, they should exercise patience because the country will soon know who shall be picked.

His sentiment comes several days after he formed a seven-member committee to advise him on who is best suited to deputise him.

He, however, praised Karua for her outstanding leadership skills, describing her as a champion of second liberation whom they worked with in the fight for the expansion of Kenya's democratic space.

“She can best be likened to a lioness who exhibits her pouncing tactics at the slightest provocation. A group of selfish leaders who at one instance dared to lead Kenya down to the drain tasted her wrath," Raila said.

"She is a defender of positive changes, human rights and good governance and as such has been at the forefront in defending many, including my wife.”

The former premier also said next week the Azimio coalition will be unveiling its 10-pillar manifesto that is currently  being crafted by a special think tank committee.

“They are on the finalisation stage. Once the manifesto is ready we will furnish wananchi with copies that are simplified.”

Karua, on the other hand, praised Raila for his sacrifice and selfless leadership that on most occasions has seen him put aside his interest for the well-being of Kenyans.

She cited several occasions on which the ODM chief has responded to the call of unity by heeding to an olive branch extended to him for the sake of unity and peace of the nation.

“He exhibited patriotism by sacrificing his presidential bid in 2002 in favour of Kibaki. He did not stop there but did so in 2007 when the country experienced its darkest moment," Karua said.

“The 2017 post -election handshake between him and President Uhuru Kenyatta is  also more than enough proof to tell you that he adores peace and has the best interest of the country at heart.”

Karua further praised Raila as a man of high integrity on whose hands Kenyans will be secure should he take over from President Kenyatta.

Kibicho led the leaders in piling pressure on Raila to pick Karua as his running mate, saying Karua is the right bet due to her unmatched integrity and patriotism.

“Kirinyaga does not disappoint and as such we are pleading with you to grant her  the opportunity. We will be pleased when you do so because we are recognised as hardworking and dedicated people,” he said.

His sentiments were echoed by Kang’ara who described a Raila-Karua combination as a formidable team that will play a critical role in liberating the country from the shackles of corruption. 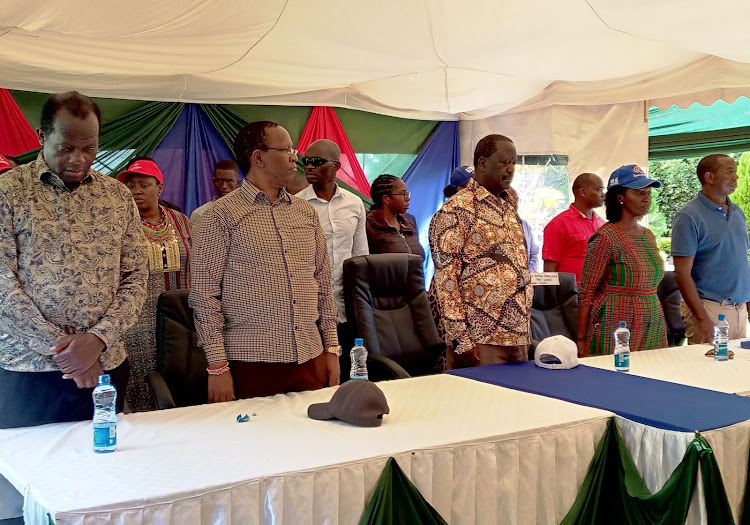 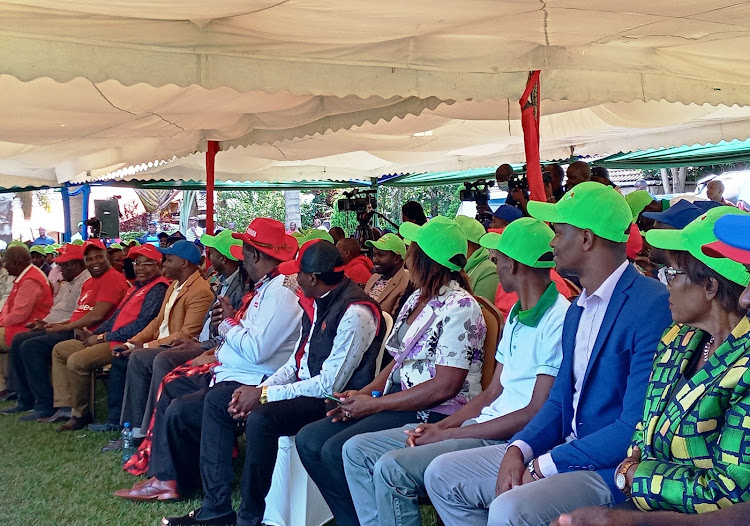 This dilemma may not even go away when he uses the committee he formed last week.
Opinion
2 months ago

His remarks come after Raila announced a 7-member panel to advise on his running mate pick.
News
2 months ago
“WATCH: The latest videos from the Star”
by WANGECHI WANG'ONDU
Central
03 May 2022 - 22:00