TO VIE FOR GOVERNOR

I have not renounced my independent candidacy — Ngirici

•Ngirici said voters have now grown wiser and able to distinguish between good and bad leaders.

•The woman rep said Governor Anne Waiguru's entry into UDA has still not borne any fruits because the people have not changed their decision. 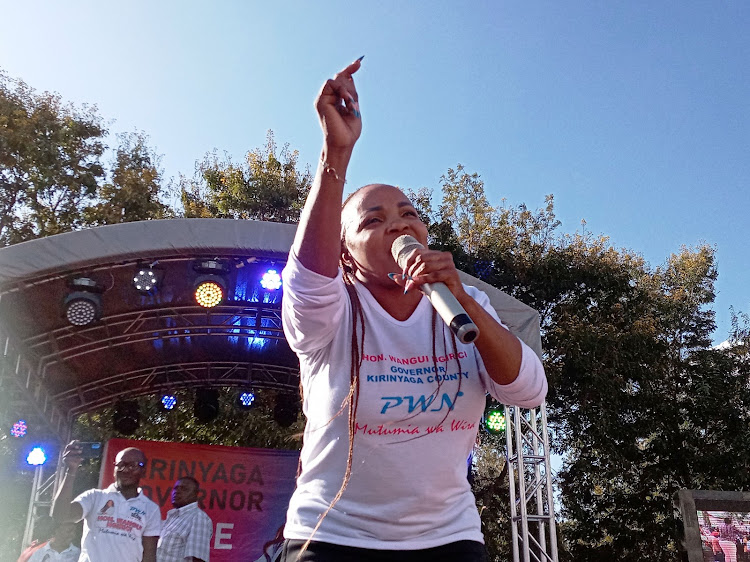 Kirinyaga woman representative Wangui Ngirici has urged residents not to get swayed by parties but instead, to go to individuals whom they can count on after elections.

Ngirici also dispelled rumours that she had renounced her independent ticket in favour of the Jubilee party.

She said parties were no longer attractive packages to entice voters and they have now grown wiser and able to distinguish between good and bad leaders.

The woman rep said Governor Anne Waiguru's entry into UDA has still not borne any fruits because the people have not changed their decision.

“After unsuccessfully marketing BBI you decided to join a party I used my resources to market across the county. People are wiser, they don’t choose parties they go for individuals,” Ngirici said on Saturday in Mwea.

She said most of the sectors were in their death beds and promised to streamline them.

“I was born and schooled in Kirinyaga. I understand your problems. If elected governor, I will help you solve them,” the woman rep said.

Ngirici pledged to expand a partnership, which she has spearheaded with various foreign entities to secure 3,000 overseas education scholarships for Kirinyaga students.

She said the programme had since borne fruits as some of the students had gotten opportunities to study as they work abroad.

Ngirici promised to streamline the health sector and education docket by ensuring all workers get their deserved pay.

She said ECDE teachers had since lost morale over the poor pay despite being degree holders.

Her husband Andrew Ngirici said he would continue supporting his wife’s political career.

Ngirici said Wangui would continue seeking votes as an independent candidate and should there be any development in the future she would reveal.

“Wangui has not defected to Jubilee. Since the betrayal by the UDA party, we have used a lot of resources, physical and mental effort in getting us to this point. For now, she can’t backtrack,” he said. 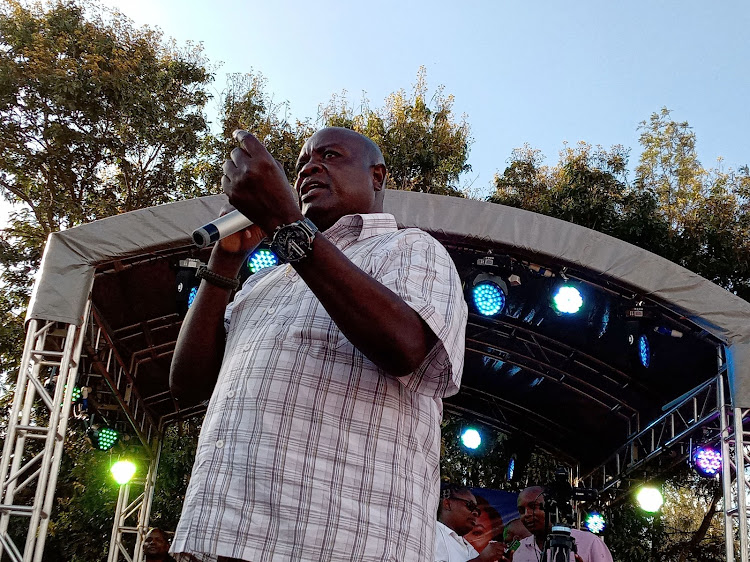 Ngirici said that politicians must stop dragging the country back.
Counties
6 months ago

She says her main goal now is to popularise her governorship bid as an independent candidate.
Counties
6 months ago

Five aspirants out to succeed Ngirici for woman rep seat