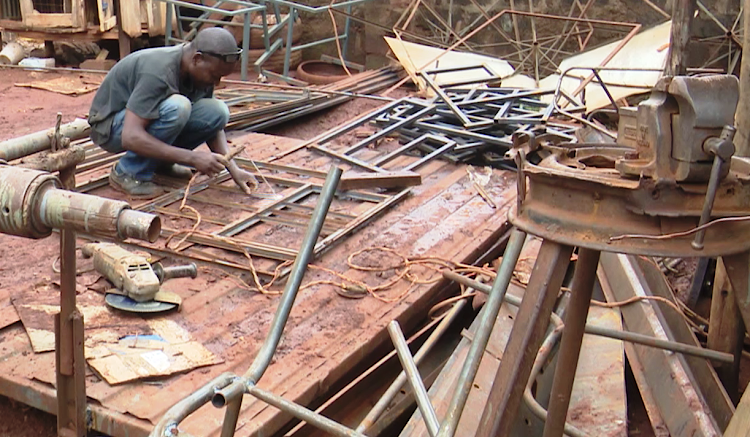 Metal dealers in Kirinyaga county have urged the government to reduce the prices of metal.

They say high prices are hurting their businesses.

They want the state to lower the 25 per cent excise duty imposed on imported  iron and steel, which are key components for the manufacture of metallic products and spare parts.

The government last year extended, for another year, the duty on the products in bid to protect local manufacturers, as well as reduce the rate of entry of cheap imports.

Most of them said imported metallic products are longer lasting compared to what is produced in the local markets.

James Maina, a mechanic in Kerugoya, said unlike in the past when cars flooded his garage with customers eager to seek his services, the past two years have been a long struggle.

He said many of his customers have resorted to using public vehicles due to the high cost of spare parts used in vehicle maintenance.

Maina added that in cases where he provides some spare accessories, customers often confuse his high charges for dishonesty.

"Some of the loyal customers that I have had for a long time now feel cheated by the high charges and have since stopped seeking my services," he said.

"However, it isn't my fault that the charges are up. If I were to revert to my old charges, I would  now be counting losses."

He said in a day he gets about two customers and sometimes none.

"Prices of some of the gadgets we use have skyrocketed by the day thus putting off the customers and denying us jobs," he said.

Kamau added he has contemplated closing down his business due to losses.

John Muchiri, who runs an auto spares shop in Kerugoya, said his clients prefer the imported products to local ones as they are strong and durable.

However, he said that most of them complain over the high prices of the goods.

He adds that his Nairobi-based  suppliers have equally raised their prices in order to gain profit.

"Before taxation, a car alternator retailed at Sh3,000. Right now a piece goes for Sh4,500 shillings. Car starter's initial price was Sh3,000 but now customers have to add a thousand shillings in order to get one," Muchiri added.

He urged the government to look into the issue so as to provide a conducive environment for the thriving of the auto spares and metallic products business.

Muchiri added that would directly translate into profits for other workers in the auto sector industry.