• Zone Five tea farmers were sued by previous directors who want them and new directors held accountable for ‘Illegally’ removing then from office in shareholders vote.

•,Farmers petitioned the Judicial Service Commission through CJ Martha Koome to create a tribunal to investigate Judge Ludy Nybgyba who is handling the case. 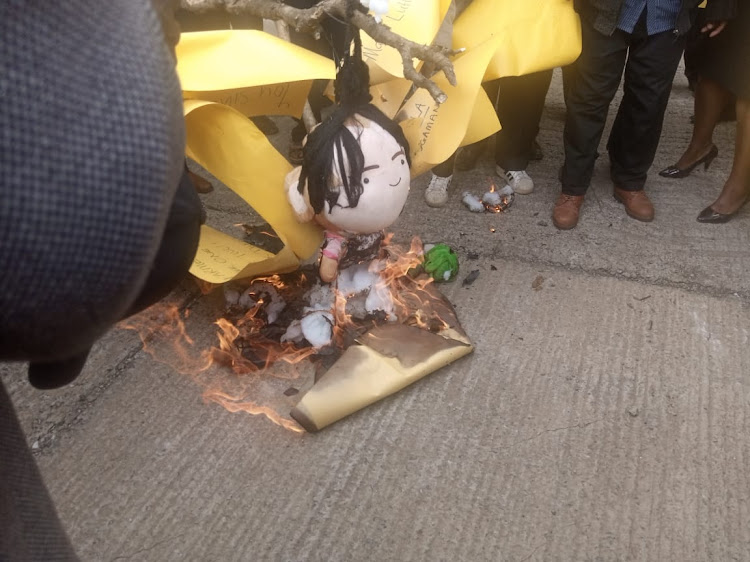 About 20,000 Kirinyaga farmers plan to boycott tea picking on Monday  to attend a High Court case session in Embu in which they are sued.

They agreed on the boycott on Thursday during an emergency meeting at the Kangaita tea factory in Kirinyaga Central by their directors who are incorporated into the charges.

They also said the boycott was a sign of solidarity and a way to obtain justice in the case against them termed as bias.

The angry farmers  burnt an effigy of judge Njuguna as they directed their wrath at her for allegedly denying them justice.

The farmers were sued by the previous directors who want the farmers and their new directors held accountable for ‘Illegally’ voting them out of office during  last year‘s shareholders. The elections were sanctioned by President Uhuru Kenyatta through an executive order.

The meeting was held after a court directive barring them from any annual general meeting, pending a court case filed by the previous directors.

Led by their chairperson John Mithamo, the Zone Five affiliated tea members expressed dissatisfaction. They said the case was filed with a malicious intention of defeating justice and benefiting a few as thousands of farmers wallow in poverty.

Mithamo further accused them of by-passing the county-based law courts and instead instituting charges in an Embu High court, which they termed well-choreographed foul play. 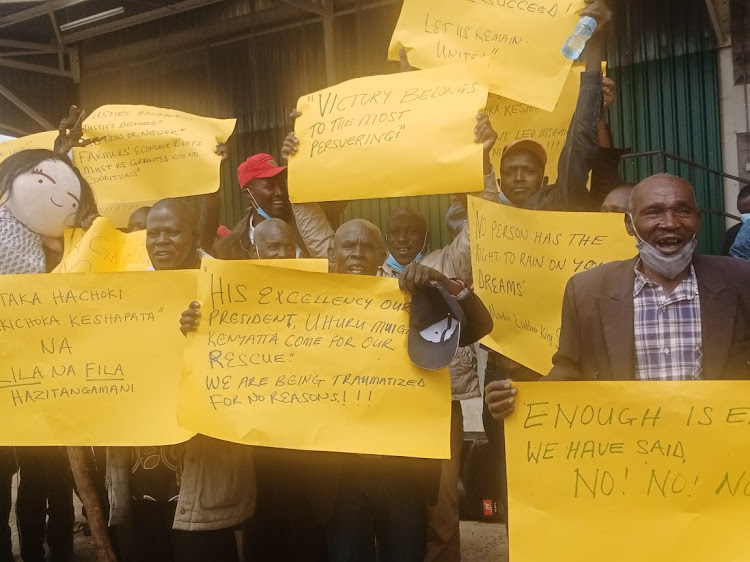 Zone Five boss Mithamo said the farmers have petitioned the Judicial Service Commision through Chief Justice Martha Koome to create a tribunal to investigate the conduct of judge Lucy Njuguna, who is handling the case.

In addition, they want the judge to recuse herself, alleging her integrity has been compromised.

“We want to know what her interest has been in this matter. Is it that she has been colluding with the former officials so that they can have their way? Why are they filing the case with her while we have a High Court in Kirinyaga?”

“Is she not the same judge who suspended the Tea Act? We are alert on this and will not allow the reforms that have been initiated to revolutionise the tea sector to go down the drain,” he said.

Mithamo urged the chief justice to oversee the consolidation of all tea-related cases  across the country .

Richard Magu, a director from Mununga tea factory, agreed. He said their determination to execute the new tea reforms was unstoppable. He praised the new directors for their efforts in reviving the once-poor performing sector. 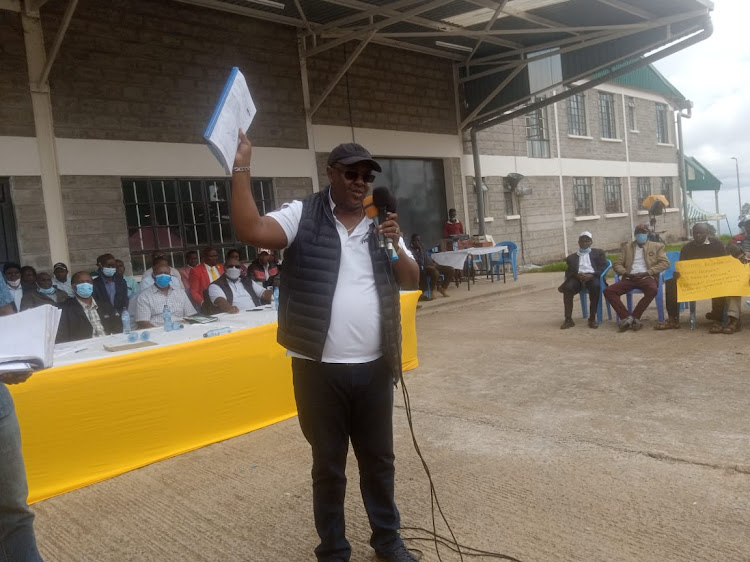 Zone five tea factories chairperson John Mithamo displays a copy of a petition they presented before the JSC seeking for it's intervention over the mishandling of their case
Image: WANGECHI WANG'ONDU

“Under the new leadership, our records indicate an increased profits as well as tremendous improvement of the quality and quantity of our tea as compared to days of the previous regime," Magu said.

“In addition, your directors have worked towards reducing the interest rate charged by the Green Fedha Sacco from 21 per cent to eight percent. What wisdom have they applied in ensuring that the rate goes down, that the previous directors didn’t have? This is a clear demonstration there was some foul play,” he told the farmers.

The farmers drawn from Ndima, Mununga Kangaita, Kimunye Kangaita and Thumaita further reached a consensus to suspend all the 36 previous directors from selling their produce in the five factories.

In addition they were barred from employing in their tea farms any member associated with the Zone Five factories.

Fredlick Kinyua, a farmer in attendance, said they as farmers are legal owners of the factories and as such they would not wait to see their entity going down  because of  some selfish driven individuals.

“We have vowed to cooperate as farmers to win this war.For a long time, we have suffered under the leadership of greedy leaders. Over our dead bodies shall we ever agree to go back there.

"We appreciate President Kenyatta’s government for doing their bit in introducing reforms to this sector.”

Disbursements  were made in line with the payment schedule change introduced last month.
Business
2 weeks ago

SGR to transport tea to port of Mombasa in new deal

The partnership will lower costs and deliver better value to farmers.
News
2 weeks ago

Average auction prices expected to hit a high of $3.
Business
2 weeks ago 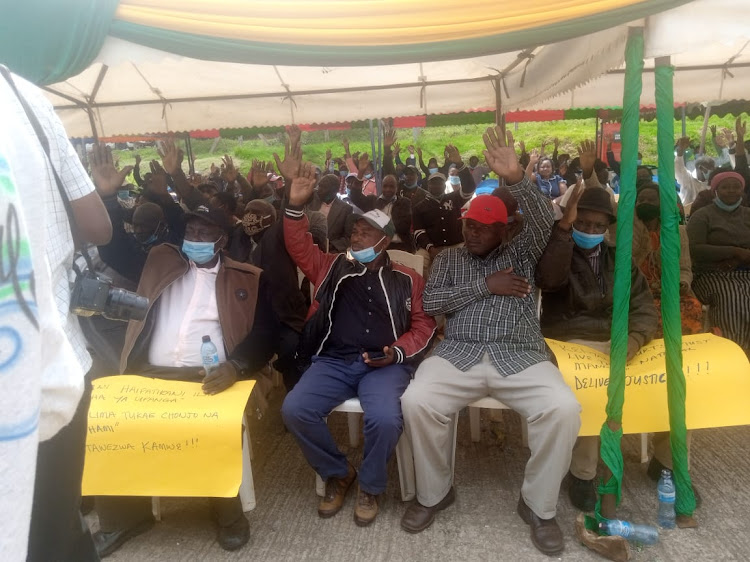