Murang'a coffee mill to be completed next year— official

Construction of the Sh100 million county project started in July; it will help increase farmers’ earnings

•The mill will help half the cost of production of the commodity and ensure more money gets into farmers’ pockets.

•It will save farmers at least Sh16 per kilogram of coffee that was previously paid as a milling fee to private companies. 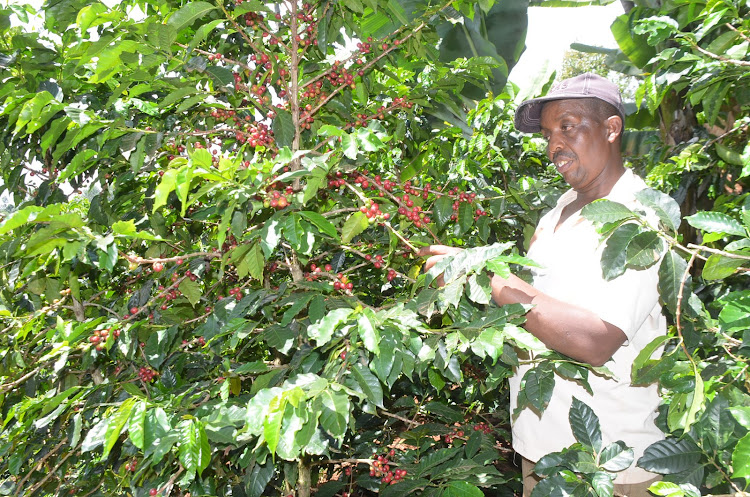 The plant is being constructed on a three-acre farm owned by Murang’a Coffee Farmers’ Cooperative Union, also known as Mugama, at Ikundu village in Maragua

The mill will cut by half the cost of production of the commodity and ensure more money gets into farmers’ pockets.

It will save farmers at least Sh16 per kilogram of coffee that was previously paid as a milling fee to private companies.

It will help to implement a resolution made by farmers to set the minimum guaranteed price for local coffee at Sh70 per kilogram.

The farmers who met at the construction site during the groundbreaking ceremony said the minimum guaranteed price will cushion them from the fluctuating market that leaves them reeling in debt.

The farmers, through their union, were issued with coffee production, milling and marketing and acquired a brokerage license.

Once complete, the farmers’ cooperative union will manage coffee from production to marketing.

The county will sell its coffee directly through the Nairobi Coffee Exchange and eliminate the need for private millers.

The millers have been blamed for persistent coffee thefts that have seen farmers go for several years without payment.

They have been accused of colluding with the management of coffee cooperative societies to buy the commodity at non competitive prices.

As the national government puts in place measures to revive the sector, coffee prices have since been on an upward trajectory rising from Sh18 per kilogram to over Sh100.

Governor Mwangi wa Iria said the county has partnered with the Co-operative Bank to help farmers acquire the licenses and take control of the entire value chain.

“The agricultural department is working with farmers to lay down strategies that will help us increase coffee production to over 40 million kilogrammes annually,” he said.

The governor said his administration will instal eco pulping machines to replace the worn-out ones that were set up in the 70s.

“We will establish coffee nurseries in all the 38 coffee cooperative societies so that farmers can be issued with high-quality seedlings,” he said.

More extension officers will be deployed in coffee zones to guide farmers on proper farming practices to help them earn more money.

Joseph Kamande, a coffee farmer and retired leader in the coffee movement, lauded the steps being taken to improve coffee earnings saying they have suffered due to the dwindled earnings.

Kamande said years ago, they proposed the establishment of coffee milling plants to help farmers control coffee prices but the idea was shot down through the influence of the commercial millers.

Mary Wacheke from Murarandia in Kahuro said farmers have been exposed to exploitation and require the government’s protection.

She said Murarandia Farmers Co-operative Society, which she is affiliated with, should be thoroughly audited over unexplained Sh70 million debts.