On March 31, Governor Anne Waiguru cited a High Court decision that okayed the sacking of the health workers.

•They vowed from Monday to demand their reinstatement service letters from the board.

•Waiguru said the PSC could not overrule the High Court decision to reinstate the workers.

More than 300 Kirinyaga medics who were reinstated by the Public Service Commission after being fired by the county government following their strike in 2019 now claim they suffer emotional distress. https://bit.ly/3p3OlSm 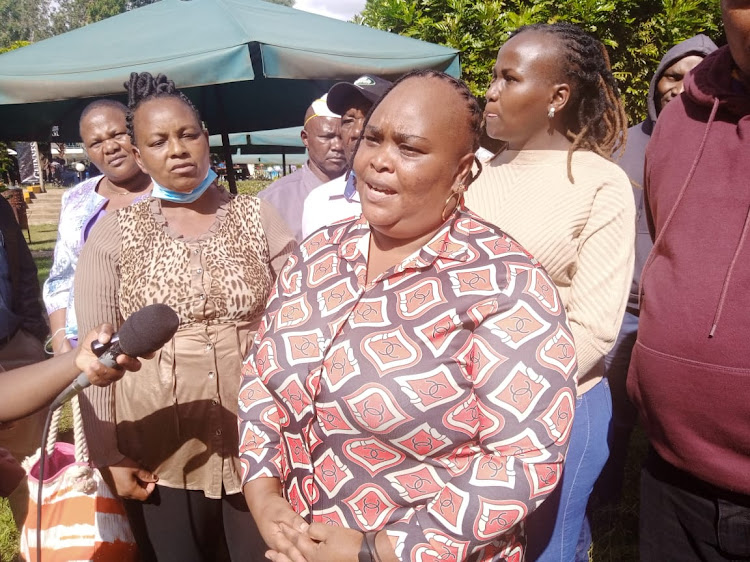 More than 300 Kirinyaga medics who were reinstated by the Public Service Commission after being fired by the county government following their strike in 2019 now claim they suffer emotional distress.

This is after the county government seemed reluctant to implement the PSC directives which authorized it to absorb them back.

The health officers, comprising doctors, nurses, clinicians and lab officers, claim they have since hit rock-bottom resulting in deaths and depression.

County's nurses' union secretary general Wambui Karigi said on Saturday that so far two deaths that she associated with mental anguish have been registered.

She added that economic-related challenges have equally led some to do odd jobs, which are unbefitting of their status.

"It is disheartening that job loss of our members has borne untold sufferings. Families have broken while others are bearing the brunt of depression, which has been manifested through deaths and mental related illness," she said.

"In addition, many of us have settled for menial jobs which are degrading despite having the professional experience that would be a great advantage to our ailing county."

Karigi regretted the county public service board's adamancy in respecting the PSC directive that demanded it oversee their reinstatement by handing them back their work letters.

They vowed from Monday to demand their reinstatement service letters from the board.

"The county has no legal right to fire us and replace us with workers under contract terms as we are permanent workers with pensionable terms."

In addition, she added that their absorption into service will not help address the staff shortage that prompted them to strike.

"By the time we were walking out, we were agitating for employment of 700 nurses. After we were relieved, the county replaced 231 workers. That goes to say that she didn't solve the problem. Even though we were to go back, we still will be suffering from a staff shortage," she said.

Their outrage comes in the wake of the completion of some 19 dispensaries by the county.

"It's hypocritical of the executive to state that the health facilities will improve the health care of our people while it is aware that the human resource is in want and is still disinterested in advertising for jobs," she added.

“The new Kerugoya level 5 facility alone requires the service of 1200 nurses. Where will the county get that labor if they are not making an effort in addressing the current shortage.”

Beside staff shortage, the health officers downed their tools in 2019 over deplorable working conditions and filth at Kerugoya Referral Hospital. New workers were hired to take over their jobs.

On March 31, Governor Anne Waiguru cited a High Court decision that okayed the sacking of the health workers.

Waiguru said the PSC could not overrule the High Court decision to reinstate the workers.

The medics had appealed to the PSC to reinstate them and received directives on March 3 requiring the county to give them back their jobs and pay any dues.

The PSC said the issues raised by the officers concerning terms and conditions of employment were justified and they should not have been fired.