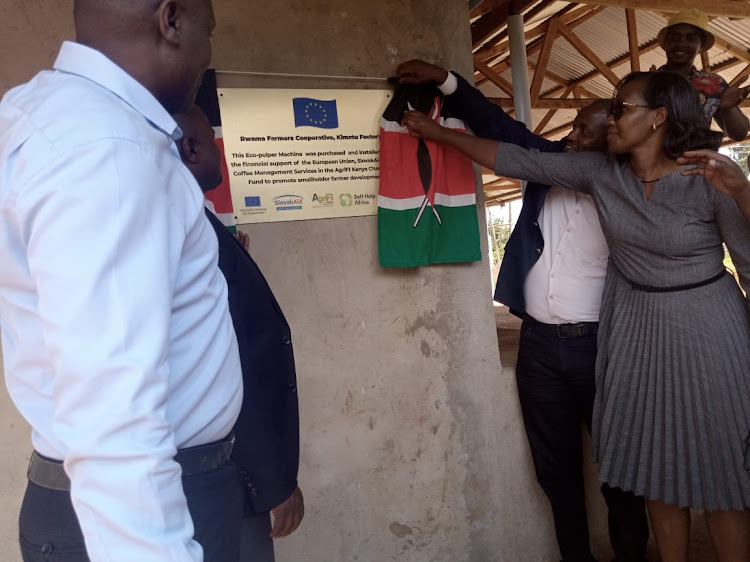 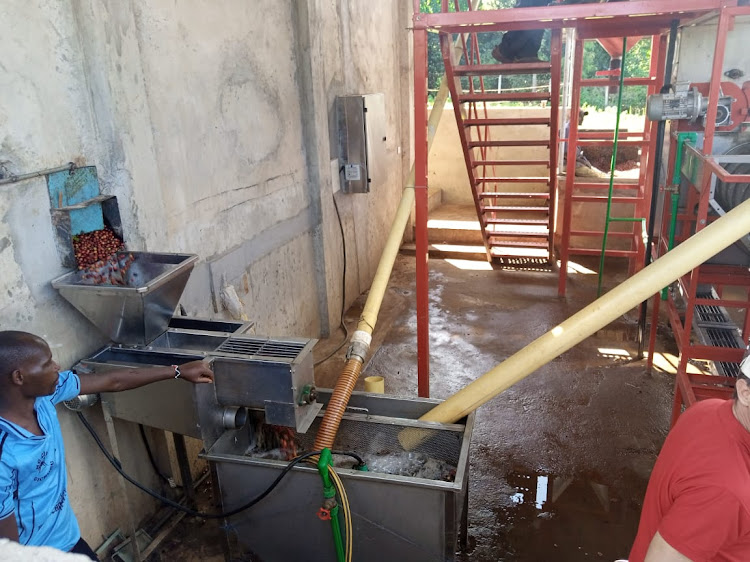 A factory worker operating a section of the new pulping machine installed at the Kimatu coffee factory in Gichugu,Kirinyaga county
Image: WANGECHI WANG'ONDU

Coffee production in Kirinyaga is set to rise with the acquisition of a modern processing machine in the region.

Rwama coffee society in Gichugu is now looking up to better returns after they acquired a new eco pulping machine that was donated by the European Union in collaboration with Slovak Aid.

The society has 6,000 farmers affiliated to it.

Speaking on Wednesday at Kimatu coffee factory in Gichugu where the new machine was commissioned, Ngari said farmers deserved the modern equipment given their hard work for high cherry production.

“Unlike many coffee societies that are closing because of registering low production, Rwama has consistently increased its intake year in year out. With this machine, it shall absorb the capacity received without overstretching,” he said.

The official said a new machine had been installed at the Kimatu coffee factory. It has the capacity to process 5,000 kilos of cherry per hour.

Before its installation, the farmers relied on an old eco pulping contraption installed in the 1960s.

Ngari said the Sh8 million machine has the potential to increase productivity which will, in turn, ensure farmers get better prices.

The society’s chairman Julius Waweru said the machine is a game-changer that will better farmers' fortune due to its efficiency.

It cost Sh10 to process a kilo of cherry using the old machine. The new equipment will cost just Sh4 to do the same work.

It is also environmentally friendly and sustainable because it uses less water.

due to its ability in reducing water consumption rate.

“I call on all my farmers to put more effort into improving their produce because better days are ahead. We have put in use the machine for a few days and we can already witness good results. We are hopeful that our members will fetch better prices," Waweru said.

Kirinyaga county director of cooperatives Edward Nyaga said they were willing to improve the quality of coffee being processed by providing capacity-building sessions to farmers.

The county will also link farmers with extension services officers for professional advice.

“Having tested the machine for a few days, production rate is fast because we are processing between 20 to 25 tonnes of cherry in a day, thus translating to about five tonnes in an hour. Therefore, the more coffee we receive, the better for the society because we shall be fast in releasing more of our products into the market,” Mugo said. 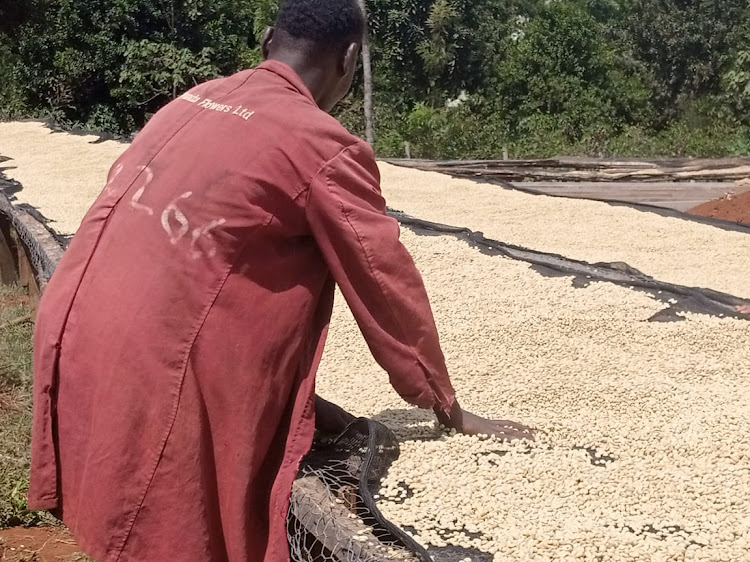