5,000 Kirinyaga riders to be trained in road safety

Will get skills in motorcycle handling and traffic law observance, among others 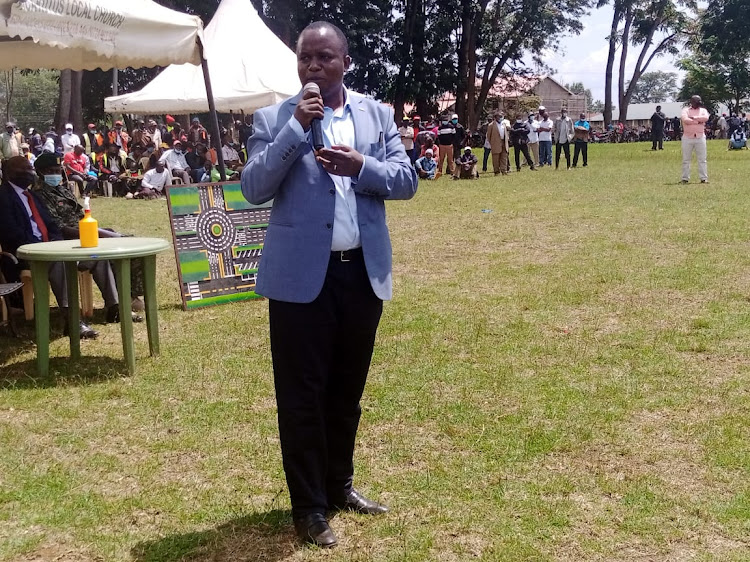 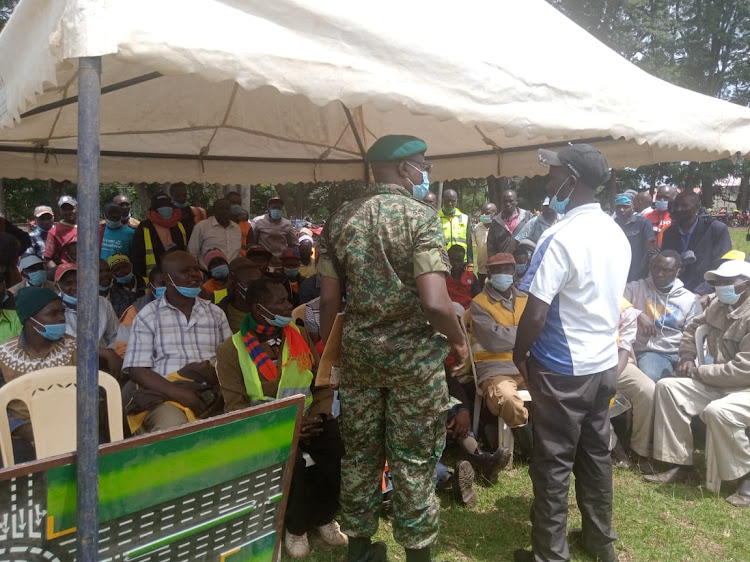 An NYS official engages one of the boda boda riders during the training session.
Image: WANGECHI WANG'ONDU

About 5,000 boda boda riders from Kirinyaga county will undergo a five-day safety training.

The programme seeks to equip them with skills for safety while riding their motorcycles.

He said National Youth Service officers are charged to train the riders under the programme, which they have so far undertaken in Kajiado, Machakos and Kiambu counties.

Wanjau said the free crash programme is fully sponsored by the national government in collaboration with transport sector stakeholders.

By the end of the workshop, the trainees are expected to graduate and receive certificates, including new generation driving licenses.

"As of Monday we had received about 3,000 riders from all the five subcounties, out of which 1,500 do not possess driving licenses," Wanjau said.

"That goes to say they are operating illegally and are our main target. By the end of the training they will not only be armed with information,but will as well acquire the new generation driving licenses at no cost."

He said that so far they have issued a million modern licenses across the country and aim to dispatch five million over the next five years.

"The modern licenses are advantageous and suitable for use over the old ones because they are loaded with special features like instant fines feature," he said.

" They also enable smooth monitoring of the driver's habit while using the vehicle."

He said that the majority of those accidents are due to traffic ignorance and simple human errors.

Ndege said about 20 boda boda-related accidents are reported per month. With the training, he hopes that they shall reduce to about five or none.

He also urged all the 10,000 boda boda riders in the county to exercise tolerance while observing all traffic rules during  the upcoming holiday season.

James Muthii, one of the beneficiaries, hailed the programme, saying it will enable him to become a competent rider and acquire the modern driving license.

"I taught myself how to ride a motorcycle, and as such, I do not have a certificate that approves my competence. The programme is a big relief and will make my work easier," he said.

Bedan Njeru, another rider, shared the same sentiments, saying, the programme will bring an end to the hostility that has existed between them and the government. 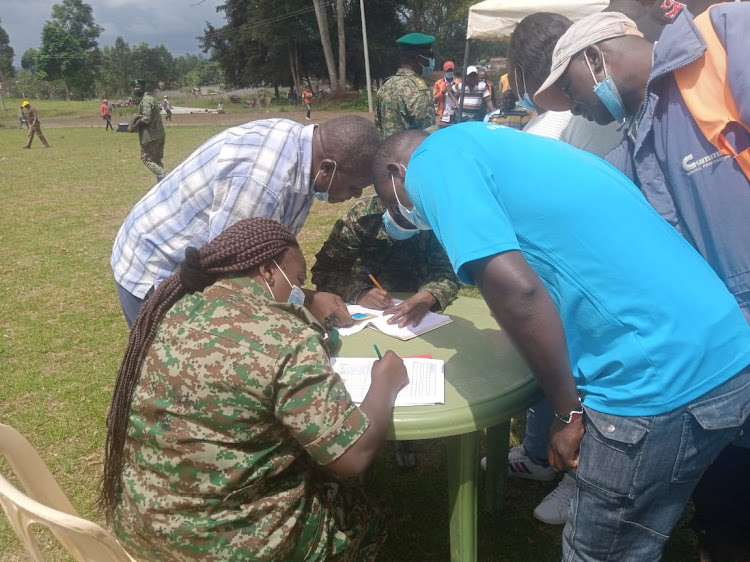