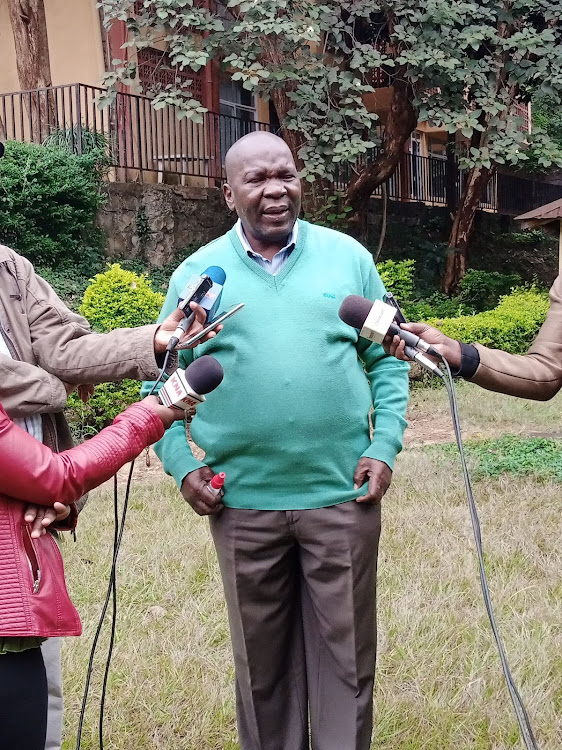 Jubilee Party says Kirinyaga Governor Anne Waiguru's move to UDA will not hurt its performance in the next general election.

Kirinyaga county Jubilee chairman Muriithi Kang’ara on Tuesday said the party remains strong even without Waiguru as it did not draw its influence from her.

It is politically suicidal for Waiguru to abandon President Uhuru Kenyatta's party, which still calls the shots in Mt Kenya and will influence the direction the region will take in the 2022 polls, Kang'ara said in Gichugu.

“The party is very strong and will field candidates for all elective positions. I'm optimistic Jubilee will win all the county elective seats as it is still the most popular party in the county. Having this assurance, our county supporters should not be worried for our party is the most popular and shall continue to be.”

Kang’ara said Waiguru has the democratic right to join her preferred political party and vie for any elective seat.

“In the early 90s’ we fought for multiparty democracy, which we achieved. Thank God it is enshrined in the new Constitution. As such, one cannot be barred from hopping from one party to the other. Those that wish to leave the Jubilee Party for other parties are free to do so as they are doing that to the detriment of their political careers.”

Earlier in the month during one of Mashujaa peacekeeping caravans, Kanga’ra found himself on the spot after having been compelled by Andrew Ngirici, the husband of Woman Representative Wangui Ngirici, to announce whom he shall be supporting for the governor’s seat.

However, Kang'ara, a long-term political ally of Governor Waiguru declined to name his preference, saying he would do so at the right time.

Kang’ara on Tuesday urged residents to register as voters so that they participate in next year’s polls.