Makutano-Embu Highway to be closed during Mashujaa Day fete

The move is to reduce traffic congestion and enable smooth flow of the dignitaries’ vehicles.

• Those intending to travel to Embu have been advised to use Sagana-Kagio-Kagumo-Embu road.

• The parking lots shall be accessible to all verified vehicles that have stickers issued by the government, and the stadium will be opened at 4 am. 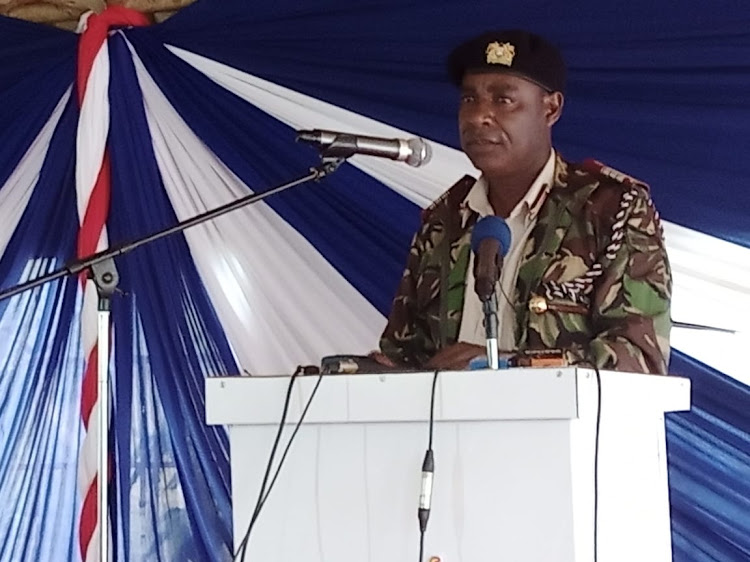 Makutano- Mwea-Embu highway will remain closed for a considerable number of hours on Wednesday as Wang'uru Stadium is set to host this year's Mashujaa Day celebrations.

The government through Central Region Commissioner Wilfred Nyangwanga said the road will be temporarily closed in order to reduce traffic congestion and enable smooth flow of the dignitaries’ vehicles heading to the stadium.

Nyangwanga said the road will be closed from the Makutano junction all the way to the Samson corner junction.

"We want to inform the public and the travellers that we will inconvenience your travelling plans because we will briefly close the road. All travellers intending to use the road are hereby advised to use alternative routes," Nyangwanga said.

Those intending to travel to Embu have been advised to use Sagana-Kagio-Kagumo-Embu road.

Those travelling from Embu have been advised to divert from Samson corner and head to Kutus - Kagio road to connect to roads leading to their respective destinations.

Though Nyangwanga noted that traffic officers will be at hand to oversee a smooth traffic flow.

He spoke in a local hotel in Mwea town, Kirinyaga County during a breakfast session with the media team that shall be covering the Mashujaa Day celebrations.

The regional boss is optimistic that Kirinyaga shall host a successful event.

He said the stadium will be opened at 4 am in order to allow those that have been invited by cards to access the stadium.

The government has since said it shall allow only 2,000 Kenyans into the stadium who will mostly be county locals.

The media team is also expected to be in the stadium by 6 am.

According to the RC, the team shall use a specific gate into and out of the stadium and will be assigned a temporary working space close to the main dais

The parking lots shall be accessible to all verified vehicles that have stickers issued by the government.

The RC further noted that the teams that will be heading to Kerugoya mini–State Lodge should produce invitation cards upon arrival that have since been issued.

He hailed this year's Mashujaa Day, saying that it will leave a positive impact in Kirinyaga as, through the event, massive development has since been achieved.

Further, he said that the devolvement of the national celebrations has been instrumental in spurring economic and development projects in rural Kenya.

"We have the Wang'uru international stadium that shall host the event. This is one of the very many development projects achieved by the national government in the county."