Only 3% of Murang'a's targeted voters have registered

Elections manager says turn out has been extremely low, optimistic it will pick in the coming days 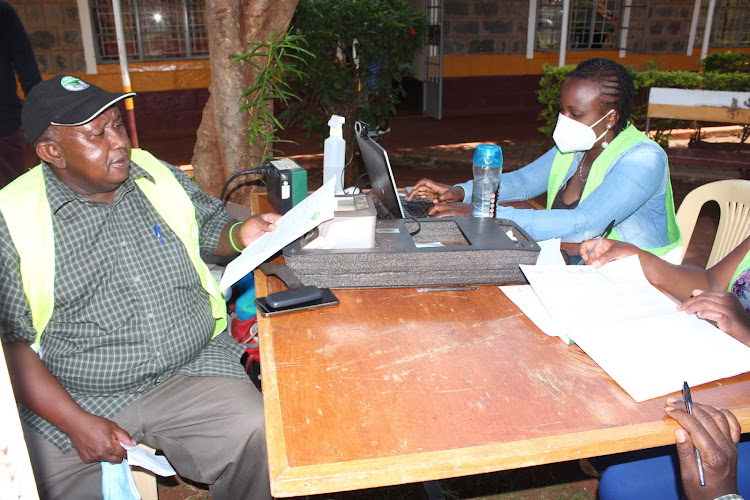 Only three per cent of the 191,000 people targeted in the mass voter registration programme have registered in Murang’a county.

County elections manager Joseph Mukewa said the turn out has been extremely low since the exercise started on October 4.

He said IEBC clerks have only managed to register 6,065 new voters so far with the commission registering about 600 people daily.

“Kangema and Mathioya only have three wards each which could account for the low numbers,” Mukewa said.

The commission has placed one BVR machine at Murang’a Huduma Centre that can register anyone from any part of the country who is living in the county.

Other open kits have been placed in universities and institutions of higher learning and are registering all students regardless of where they come from.

Mukewa said the low turnout was not expected but expressed optimism that the situation may change in the last two weeks of the registration drive.

“Kenyans like last minute rush and may turn out in high numbers from next week. We are waiting to see how the last stretch of the drive will go,” he added.

The drive is targeting those who recently acquired identity cards. But Mukewa noted that few go for their IDs and in some instances, blatantly refuse to be registered as voters.

The official however lauded churches for their co-operation saying they have been partnering to have youths registered.

“They announce in churches for people to go with their IDs and we register them after the service,” he said.

IEBC, he said, is also working with the media and has dispatched two voter mobilisers in each ward.

The mobilisers move from home-to-home asking people to come out and register while administrators leave uncollected identity cards with IEBC clerks so their owners can register as they pick them.

Mukewa however cited incidents where residents are unfriendly to the mobiliers and chase them away from their homes.

Former Kigumo MP and gubernatorial aspirant Jamleck Kamau has appealled to the unregistered youth to come and register before the exercise ends.

He said it was unfortunate that some youths have been expecting to receive kick-backs in order to register as voters saying being a voter is for their own good.

Some residents have expressed concerns that the current political activities and the hard economic times could be behind the apathy being experienced in the exercise.

Peter Kamau, a trader, told the Star that many residents have been feeling hopeless due to the loss of their livelihoods occasioned by Covid-19.

"Many people are forced to work twice as hard just to put food on the table and sometimes, nothing is forthcoming," he said, adding that many have lost the desire to participate in the elections.