• Waiguru further urged her political opponent to practice healthy politics by telling the people how she will transform their lives.

• Wangui said she will continue involving her husband in her daily political life. 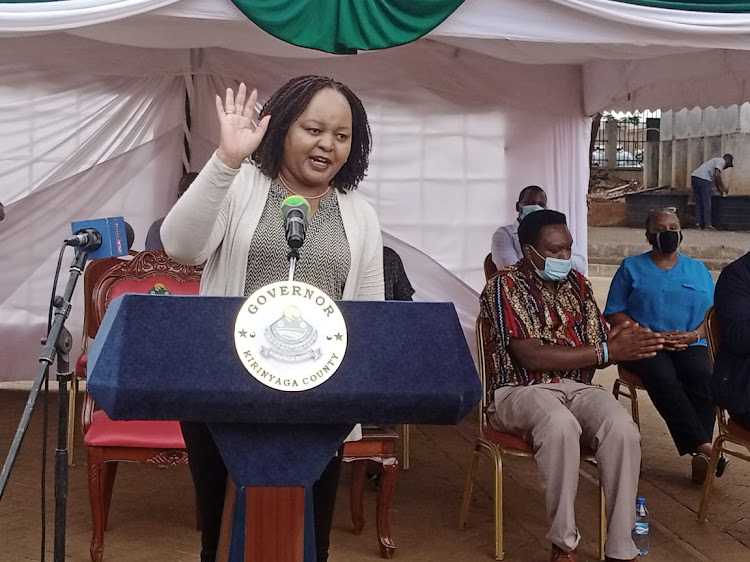 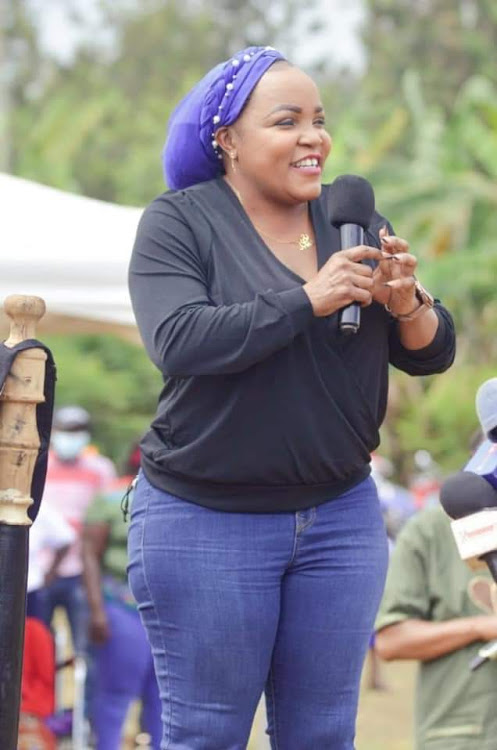 An exchange of words ensued between Kirinyaga Governor Anne Waiguru and Woman Representative Wangui Ngirici over the role their husbands are supposed to play in their political careers.

This follows Waiguru's criticism of Ngirici for failing to be her own ‘man’ in politics and instead relying on her husband’s support.

Wangui’s husband Andrew Ngirici is actively involved in her political and leadership affairs, this being  evidenced by his presence in most of the county MP’s meetings .

On the other hand, Waiguru’s husband Kamotho Waiganjo hardly accompanies the governor on official duties.

Both women leaders are interested in the governor’s position in the 2022 elections.

Speaking on Thursday, Waiguru  said a politician who aspires to be a governor, ought to be a strong willed, charismatic and politically savvy individual as the governor’s position "is not a family affair".

“The governor’s seat requires intelligence and a high ability to make key independent decisions that you can own up to. This is not family property but a public office where each of your actions count and has to be critically evaluated before taking action,” she said.

“For example, do you see my lawyer husband being in-charge of my administration? Do you see him going round  the county bullying people and telling them what they should do or not do? Was it him that was elected or was it me ?” she posed.

She went ahead to describe her husband Waiganjo as a "well-mannered, handsome, rich, learned and intelligent gentleman who has humbly taken a back seat" as far as the running of the county affairs is concerned.

Ngirici: I am not tethered to UDA party like a goat

Waiguru further urged her political opponent to practice healthy politics by telling the people how she will transform their lives.

“There are characters who have formed a habit of spewing tirades of insults while describing their opponents thinking they will poison people’s minds in order to change their ground. Kirinyaga people are very wise and will elect those who have added value in their lives. Insults are not meals to be eaten.”

However Speaking on Friday in Kutus, Wangui said she will continue involving her husband in her daily political life .

“ I can’t have other people’s husbands running my  campaigns while I have my own who is interested in my victory to clinch the governor’s seat. I shall continue to actively involve my husband and we will continue to traverse the county  presenting our plea and requesting our votes from the people,” she said.

Ngirici on her social media account further took a swipe at the governor for trivializing the office of the county’s first gentleman noting that it is critical in the current administration.

"The office of the ‘first gentleman’ has been reduced to a maize roasting extravaganza. There is a lot of positive change that can be realized through that  docket  from CSR to mentorship," she wrote on her social media .

Andrew Ngirici noted he is not interested in being compared to the governor’s husband  but will continue supporting his wife and the common Kirinyaga residents.

“I might not measure up to your husband's  character traits, but  will continue addressing the plight  of the people you have failed and interacting with people you have given a wide berth. The writing is clearly on the wall pertaining to the 2022 gubernatorial race, your time is up and you know it,” he said. 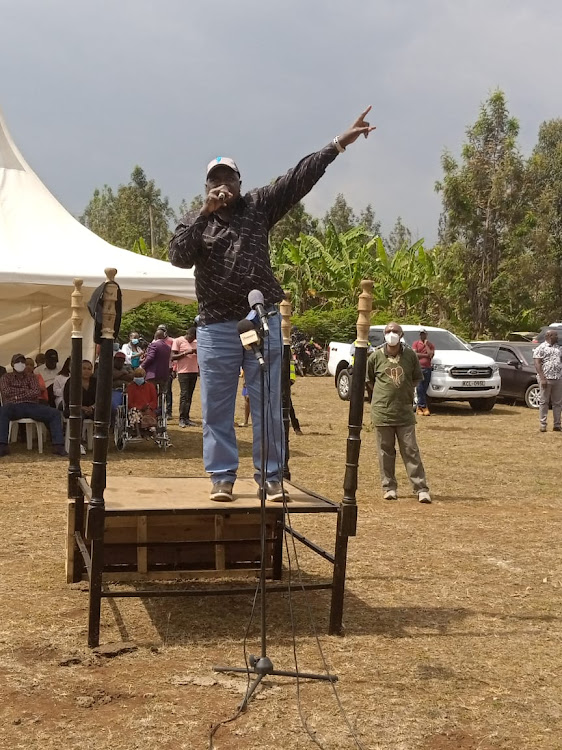 Businessman Andrew Ngirici ,the husband to County woman rep Wangui Ngirici speaking during one of the peace meetings conducted in Kirinyaga county ahead of the Mashujaa day
Image: WANGECHI WANG'ONDU
by WANGECHI WANG'ONDU
Central
16 October 2021 - 13:31