We are elated to enliven Mashujaa fete — artists

• The military will also conduct a parade at the event. This has always been the tradition in every national celebration.

• An official from the permanent presidential music commission told the Star that the groups have achieved most of the work and the remaining bit will be completed soon.

As Mashujaa Day preparations hit the homestretch, various groups have over the past two weeks camped in Wang’uru Stadium to polish their presentation items.

Among the pieces to be presented are patriotic songs, cultural folk dances, poems and local songs. The artists say they are elated to enliven the celebrations.

Interior Principal Secretary Karanja Kibicho said the entertainment groups will start performing at 8am as guests trickle in. They will add pomp and colour to the event, he said.

Kibicho, however, said the groups will be allocated 15 minutes for performance.

The military will also conduct a parade at the event. This has always been the tradition in every national celebration.

An official from the permanent presidential music commission told the Star that the groups have achieved most of the work and the remaining bit will be completed soon.

“Over the two months, many efforts have been put into rehearsals. The groups have cooperated and now doing final touches. We are optimistic that we will enliven the event,” he said.

Josphat Macharia, one of the performing artists, said his dream of performing before the President will come true and it will boost his music career. An excited Macharia said he couldn’t wait for the day.

“Having been born and raised in Kirinyaga, there could be no better place to perform before the President other than in my home county. This is going to be an exciting experience,” he said. His sentiments were backed by an equally elated Phyllis Mbuthia, a gospel artist who said she is also looking forward to entertaining the President for the first time.

“We have been putting our best foot forward in putting together our best piece, which we shall showcase to the dignitaries, I’m excited and I look forward to the event,” Mbuthia said.

She called on the government to continue implementing key changes to help artists get a fair share of royalties from various music platforms that market their music.

Eddie Gathenge, a Kikuyu Mugiithi maestro, hailed the permanent presidential music commission for allowing him to perform before the President.

He termed it a rare opportunity that he will remember. Gathenge urged the President to fulfil his promise of meeting the artists.

Njuki-ini Mwomboko dancers will also belt out their best Kikuyu cultural dances during the occasion. The team from Kirinyaga is composed of freedom fighters' descendants.

Their team leader Naftali Githinji said Mashujaa fete will resonate with their performance as they will not only showcase the splendour of their cultural diversity but their pieces will also honour their parents who bravely fought for Independence.

Githinji said they hope the government will also look at the plight of the freedom fighters as many are still languishing in poverty.

“Most of them are living in their sunset days, their issues should quickly be solved to enjoy the benefits of the resources that came with the freedom they fought hard for,” Githinji said. 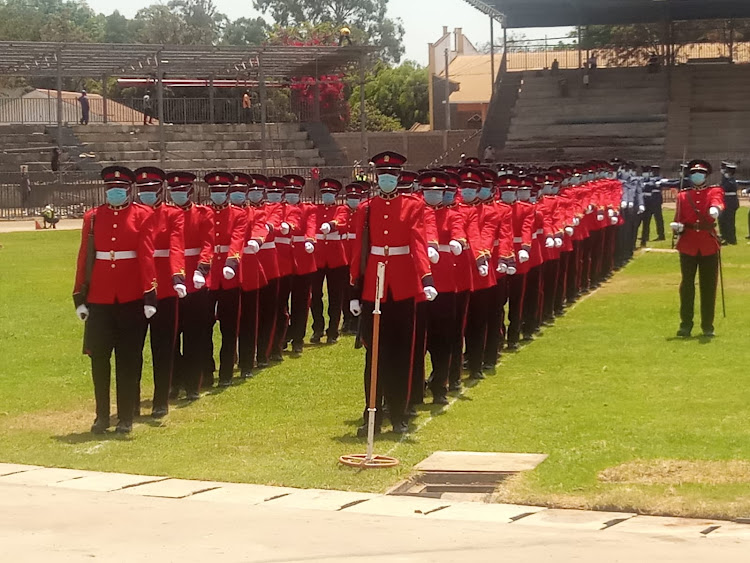