No political drama during Mashujaa as Kirinyaga leaders announce ceasefire

County politicians say it will be a great privilege to host the national event. 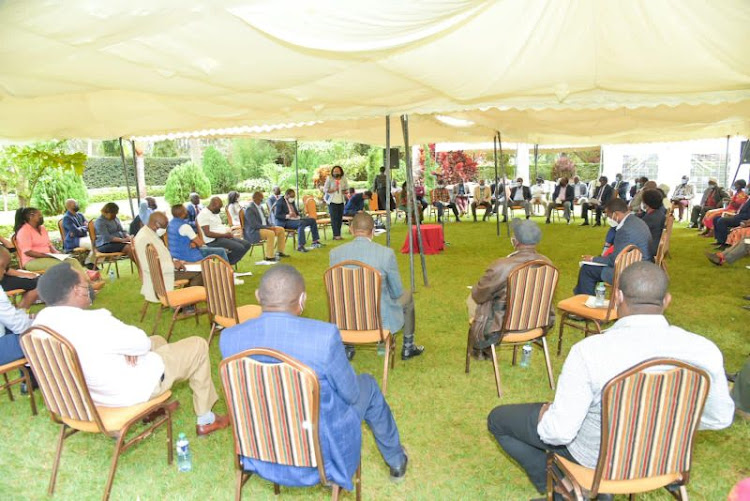 Kirinyaga leaders and their supporters have agreed not to cause political drama in the upcoming Mashujaa Day celebrations.

The promise was unanimously affirmed by all leaders who promised to lead their supporters in maintaining order and act in decorum before, during and after the event.

While making the commitment in a Tuesday meeting in Mwea, the leaders further promised to put their political differences aside and work together to host a successful Mashujaa fete.

Led by Interior principal secretary Karanja Kibicho, the leaders termed it a great privilege for the county to host the national celebration.

“Our commitment is to uphold peace and oneness in the course of the celebrations and ensure that Kirinyaga becomes the greatest beneficiary by the end of the national event," Kibicho said.

"We know that the celebrations come at the onset of a political season and bearing that in mind, we assure all county residents that all Kirinyaga leaders have today agreed to carry out very healthy political campaigns in the run-up to next year’s general election.”

While addressing the press, the PS further noted that the leaders had requested to present the wishes of their people to the government for implementation.

Governor Anne Waiguru said they would embrace solidarity and put their best foot forward to host a successful celebration.

“Inasmuch as there is political competition existing among various political contenders with ambitions to occupy various seats in the next election, our goal in light of the upcoming Mashujaa [Day] is to give Kenya a befitting celebration while at the same time reflecting the good image of our county and the entire state,” she said.

“Kirinyaga will be the focus and will host respectable dignitaries, and as such, we don’t want to embarrass ourselves and the head of state.”

Kirinyaga woman representative Wangui Ngirici also called for unity. She said the occasion is special as it would grant investors an opportunity to invest in the county and ultimately transform the lives of residents.

Mwea MP Kabinga Wachira, in whose constituency the national celebrations will be hosted, expressed his excitement, saying the opportunity will enable his constituents to play a part in the event that commemorates those who fought against the British colonial rule.

“Business will boom during the season and it will help Mwea to market their products. At the same time, we would like to urge the government to scale up the support towards our rice farmers. This, for example, would be achieved through buying their produce and supplying it to the hunger-prone counties.” 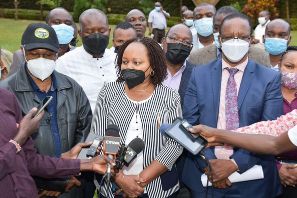