Says mission in bringing change to Kirinyaga is not politically motivated. 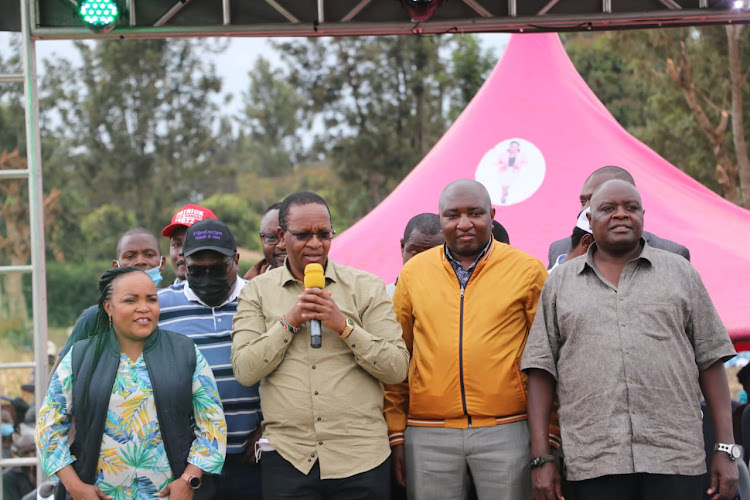 “I’m not interested in vying to be Kirinyaga county's next governor!”

These are the words of interior PS Karanja Kibicho following speculations that he could throw his hat in the ring in next year’s polls.

Kibicho who also hails from the county, has been frequenting the county inspecting state projects and overseeing the implementation of various community projects.

The visits have often been misconstrued as his way of laying ground in the run up to 2022 elections.

Speaking on Friday, the PS noted that his main concern has been to oversee the quick implementation of projects, while at the same time leading in uniting local leaders in the run up to 2022 elections.

“My mission in bringing change to Kirinyaga is not in any way politically motivated.

"For now I have a job in the national government which is to oversee the stability and peace of the nation in this season and during the electioneering period.

“Rumours that I’m going for the gubernatorial seat have no basis as President Uhuru Kenyatta has entrusted me to ensure that there is security in the country, a job I intend to continue doing," Kibicho said.

The PS was speaking in Mwea, Kirinyaga county during a youth meeting convened by county Woman Representative Wangui Ngirici and her political activist husband Andrew Ngirici.

He also took a swipe at some elected legislators in the county who have become complacent and no longer raise issues bedevilling their constituents.

Kibicho said it’s unfortunate that there is laxity among some leaders who have equally become silent in parliament and are less concerned in visiting the relevant state offices to lobby development projects for their people.

“We expect that under the Presidency of Uhuru Kenyatta, our county MPs will utilise their term in seeking support for their people, including visiting me for help.

"However,it's unfortunate and embarrassing that President Kenyatta’s term is coming to an end, as some leaders continue to give a wide berth to offices where they can get help,” he added.

Kibicho and the Ngirichis’ who for some time have not been seeing eye to eye said they would fore go their differences and unite for the sake of Kirinyaga. They symbolically did so by way of handshake. 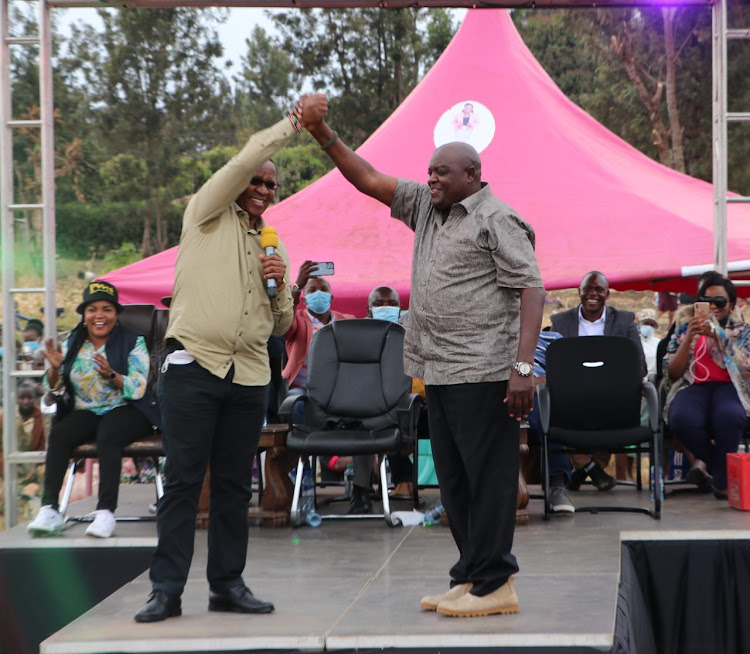 NOT INTERESTED: Interior PS Karanja Kibicho and Andrew Ngirici who is husband to county Woman Representative Wangui Ngirici greet one another as a sign of reconciliation.
Image: WANGECHI WANG'ONDU

“There is enough testament of the miracles found in a handshake. Currently, we are enjoying peace in the country all thanks to the handshake between President Kenyatta and ODM leader Raila Odinga.

"Were it not for their effort in setting aside their differences, we would be having a very unstable country.

“In this regard, the handshake between us opens a new chapter that will bring reconciliation among us and also to our Kirinyaga supporters,”Kibicho said.

Wangui said she is in the race to capture the governor’s seat next year as her aim is to change the lives of Kirinyaga residents.

The Woman Rep said she will conduct a peaceful campaign and challenged her contenders to do so.

She also called on residents to maintain peace and warmly welcome guests during Mashujaa day which will be hosted in the county .

“The upcoming Mashujaa day is a special honour on our part bearing in mind that we shall be the host.

"Let’s continue preparing and most importantly  maintain peace and be in our best behaviour  during the occasion,” Wangui said. 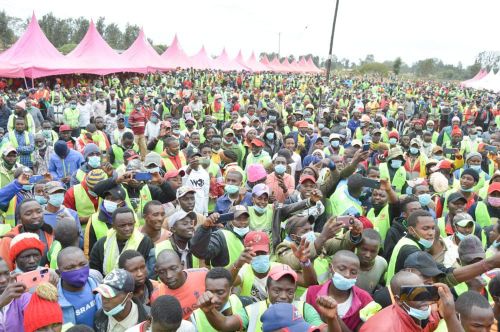 UNITY: Thousands of youths from around the county who showed up at Mwea during a peace meeting convened by county Woman Representative Wangui Ngirici.
Image: WANGECHI WANG'ONDU
by WANGECHI WANG'ONDU
Central
13 September 2021 - 06:35