Say the animals are quickly slaughtered and sold to butcheries

• Residents suspect the cattle thieves are spraying some gas into their homes to make them sleep through the night as their animals are stolen. 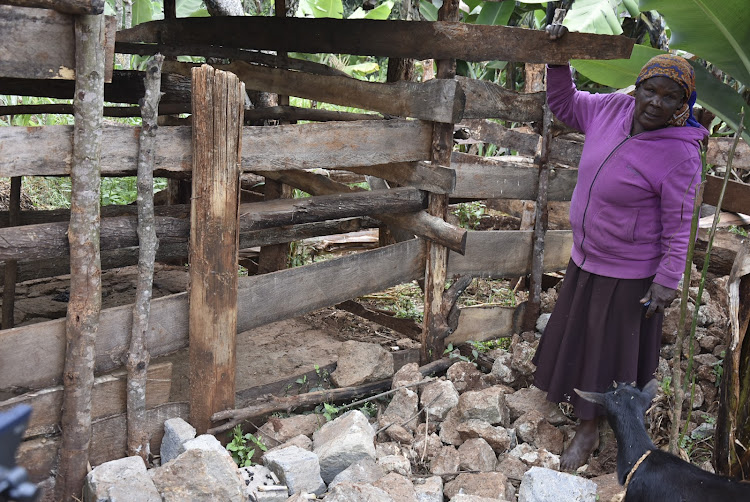 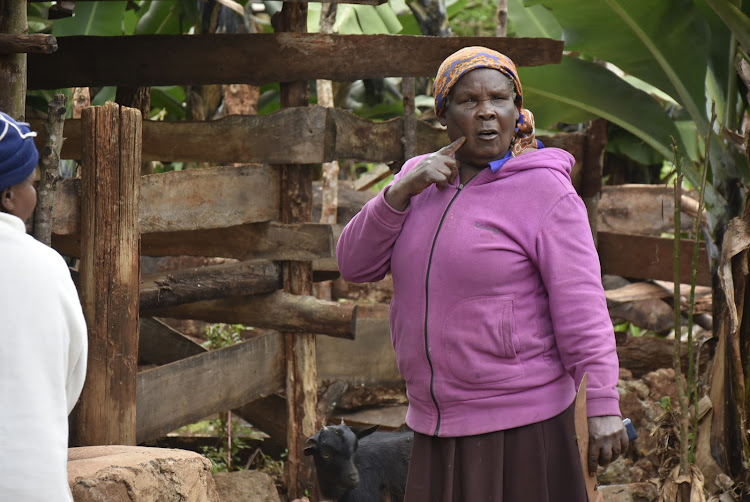 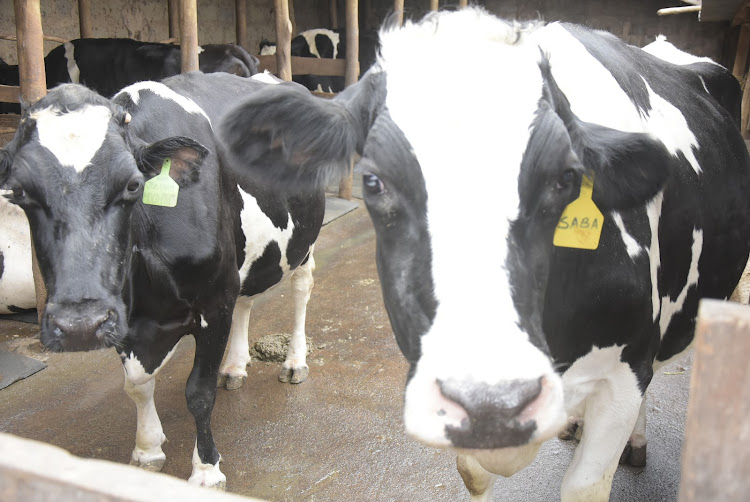 Dairy cows at a farm in Miteero village, Gatundu North subcounty. Cattle theft in the area has been on the rise.
Image: JOHN KAMAU

Cattle rustlers raided 10 homes in Gatundu North at night over the weekend and drove away 12 dairy cows.

The farmers whose livestock were stolen reported hearing nothing during the raid. They woke up to find their cowsheds empty.

Residents suspect the cattle thieves are spraying some gas into their homes to make them sleep through the night as their animals are stolen.

The farmers said the cattle rustlers ferry the animals from the villages using a lorry.

The animals are quickly slaughtered and sold to butcheries, they said.

Some residents told journalists on Monday that the thieves take advantage of the night curfew to sneak into homesteads and steal the animals.

Maria Njoki said the thieves stole her only cow that had four months left to calve. She did not hear any commotion outside her house or the cow mooing.

“I found out in the morning that my cow was missing. We suspect the thieves are spraying some drugs in our homes to make us dead asleep before fleeing with our animals,” Njoki said.

The 78-year-old woman said that the theft of her only cow was a huge blow to her family as it was her main source of income.

“The money I got from the sale of milk is the one that has been sustaining my family. The merciless thugs have left me at the jaws of poverty,” she said.

Her neighbour Samuel Kariuki was not spared by the thieves. They invaded his home and took away his dairy cow.

Kariuki said that he, too, depended on his cow to sustain his daily living.

“The criminals have taken my only source of livelihood. It hurts a lot because I had invested in it a lot and I was planning to expand my farming,” he said.

Kariuki said residents are worried that dairy farming in the villages will be unsustainable if the criminals are left free to roam the county.

David Mungai was lucky to have recovered his two cows which had been stolen from his home.

Mungai was woken by some commotion at the cowshed. He switched on the security lights and called his sons, alerting them that there might be some thieves in the homestead.

“We woke up but found they had already driven away my two cows. We followed them and when they noticed us they abandoned the cows and escaped into the dark,” Mungai said.

The residents said that it was not the first incident as in recent months over 15 dairy cows and several goats were stolen in the same villages and slaughtered.

“The thugs have turned our villages into their playground. They have been slaughtering the stolen animals and we suspect they are taking the meat to butcheries and other eateries in towns like Thika Juja and Ruiru,” Agnes Wambui said.

The residents said that they will stay alert and set traps for the rustlers then teach them a lesson.

Some said they fear the thieves might turn to them and harm them after stealing all cows.

“Enough is enough. We won’t allow these criminals to have a field day in our villages. We will give them what they deserve,” Kariuki said.

They told the police to up their game and strengthen security in the villages before they take matters into their own hands.