• The animal feeds equipment has helped to empower the members economically.

• The county aims to increase milk production from an average of five litres per cow per day to 12 litres. 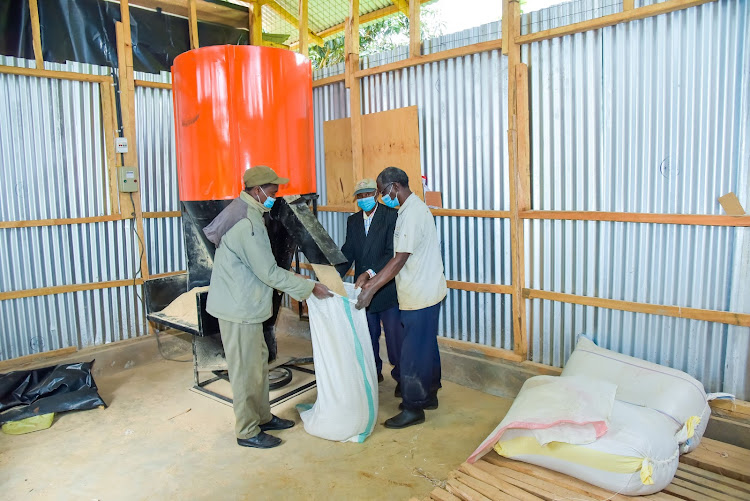 Farmers in Kirinyaga are now earning money from manufacturing animal feeds in an initiative supported by the county government.

The initiative is part of Governor Anne Waiguru’s Wezesha Kirinyaga economic empowerment programme that is transforming the lives of residents through various agricultural projects.

The county government has given ACK Thaita Men’s Welfare Group in Kirinyaga Central constituency a mixer to make dairy feeds for their livestock and sell the remainder to farmers in the locality.

Gilbert Muriithi, the farmer whose homestead the feed mixer has been installed, said before they were given the machine, members grappled with low milk production.

He said the quality of feeds bought from other commercial dealers is sometimes compromised.

“When we started mixing our own feeds, we bought raw materials and used hands and shovels to mix. The process was tedious and slow. Even though we knew we required a machine, it was too costly and beyond our reach,” member Julius Muriithi said.

“We wrote a proposal to the county government to be provided with the machine and within no time, our proposal was accepted and this is how we started,” he added.

Last month, Waiguru said her administration has been supporting dairy farmers to produce quality feeds as well as upgrade their breeds through the provision of quality artificial insemination services.

The county aims to increase milk production from an average of five litres per cow per day to 12 litres.

“As part of our Wezesha Kirinyaga economic empowerment programme, we are supporting farmers to increase their income with the aim of uplifting their living standards,” the governor said.

She said her administration has supported 473 farmers groups across the county through the National Agricultural Rural Inclusive Growth Programme.

Apart from dairy farmers, other groups that have benefited from the programme include those involved in poultry, tomatoes, avocados, fish, pig production and beekeeping.

Waiguru said the aim is to encourage farmers to diversify in agricultural production. 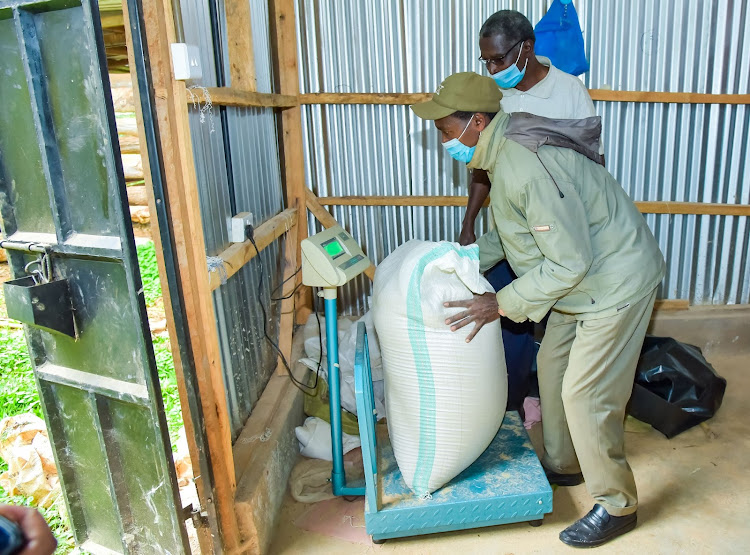