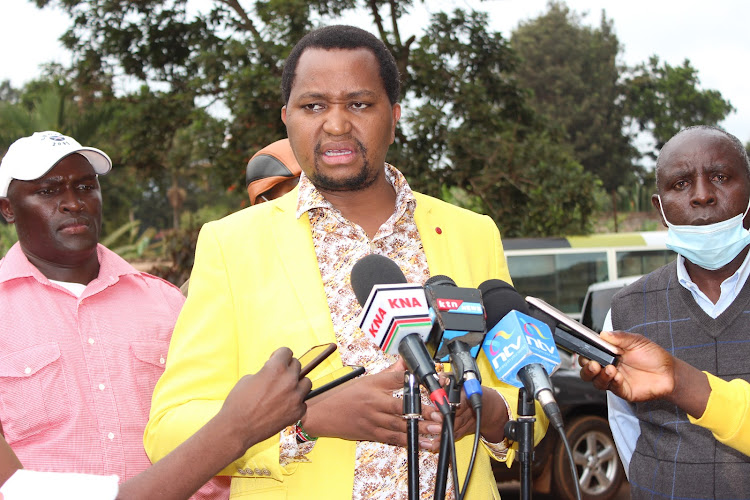 Tea factories could reduce their number of employees if proposals by directors to have the plants automated are adopted.

Directors from 10 factories in Murang’a have proposed automation to reduce the cost of production and increase prices. They said they are ready to adopt technology to ensure farmers receive better returns.

They spoke on Friday while meeting members of the Tea Prices Stabilisation Task-force led by former Principal Secretary Irungu Nyakera.

Ikumbi factory director Gerald Ngumba said they are ready to introduce mechanisation even on farms to boost incomes.

"We are ready to take any measure to save farmers from the high cost of production. With the government's support, we can drastically reduce our factories' expenditures," he said.

Makomboki factory director Mwangi Mbote said they want local tea to compete with countries such as Malaysia in prices.

"We are told our tea is the best, yet farmers get meagre returns. We want the good quality to match with higher prices," he said.

Mwangi said tea harvesters take a large chunk of farmers' monthly payments, leaving them with a few shillings to spare per kilogramme.

Nyakera said the task-force has been holding meetings in all tea zones to collect views on how to reduce the cost of production and increase tea prices.

“We have been meeting growers, directors and factory unit managers in Meru, Nyeri, Kirinyaga and Murang’a since Monday. Another set of meetings has been going on in Rift Valley with different stakeholders along the tea value chain,” he said.

Nyakera has been vocal about tea issues. He said the task-force also plans to get the views of Mombasa auction organisers, warehouse operators, buyers, brokers and transporters.

In two months, the task-force will present a report to Agriculture CS Peter Munya to help him further streamline the sector.

Nyakera said most of the newly elected factory directors are still unable to access crucial documents to help them run the factories. This is because they are frustrated by factory managers, despite being on CR12 documents as legal directors.

“Within a few weeks, we expect all that to have changed. I believe due process was followed in the election of directors and expect that they will be able to take up office and run them as expected,” Nyakera said.

The government has prioritised the establishment of tea price stabilisation mechanisms, which require reforms from the farm, the factory and auction level.

About 58 per cent of factory costs go to labour, with each kilogramme of tea processed costing about Sh11.

“Do we then propose that we mechanise some of these jobs to bring down the costs to about Sh3 per kg so that the farmer can save up to Sh8?” he said.

Factory utilities and power bills contribute up to 21 per cent of the costs. The quality of tea is lowered when the capacity of factories cannot process too much tea.

At the Mombasa auction, three of the main buyers in the market buy 55 per cent of the local tea.

With the top 10 buyers buying over 80 per cent of tea.  This calls for diversification and expansion of the market for better prices, Nyakera said.

“Kenya is the largest global exporter of tea, meaning that any additional production worsens the market. Last year, our production increased by 24 per cent,” he said.

“We need new markets. That is why we're looking at the entire value chain, especially how to reduce the amount of tea going to the auction, by adding value.”

He said the task-force will also lobby for Kenyans to consume more tea, which will necessitate fewer exports, saying countries like China and India export less, despite being some of the largest tea producers globally.

Nyakera said court cases filed by stakeholders in the tea sector have suspended about 15 clauses of the new Tea Act but noted that the unaffected clauses are being implemented.

“We expect to have a new KTDA board in a few weeks and its new assignment will be to do away with the court cases and ensure tea reforms are actualised,” he said.

Say they are in full support of the reforms contained in the Tea Act and want it implemented as fast as possible.
Counties
9 months ago
by ALICE WAITHERA Correspondent, Murang'a
Central
20 June 2021 - 22:00