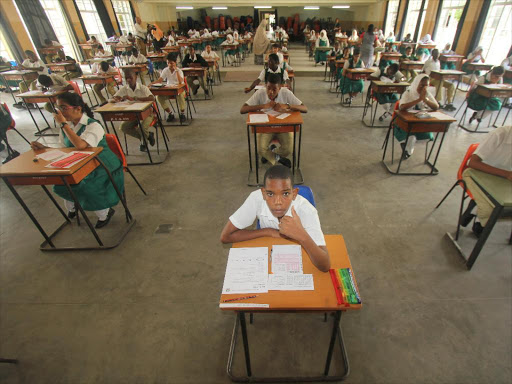 When Peter Ndirangu was posted to head Kanyiya Primary school, in Kikuyu, he found a demoralised lot.

So bad was the situation that in the year preceding his arrival, the school had posted a mean score of 198 marks. That was in 2012 and the first student had scored just 304 marks out of a possible 500.

Eight years down the line after he took over the reigns, the school has produced two students with over 400 marks in the 2020 KCPE exam—Kelvin Kagia (404) and Mary Wanjiku (400).

Over 28 candidates also managed to score between 300-399 and pushed the mean score to 279 marks. It was also the second-best school in the smaller Karai zone.

It was this chronic poor performance that saw him posted to the institution with two goals outlined for him; one was to change the misfortune of poor performance and the other was to build a secondary school wing.

However, Ndirangu says the transformation journey has not been a walk in the park and involved rigorous and involving engagement with parents, teachers and the community, in general, to turn around their misfortunes to good grades.

It also happens to be the best-posted results since 1983, he told the Star in an interview.

In his opinion, the poor results were caused by a mix of factors, ranging from poverty, poor institutional leadership and lack of mentorship.

On arrival, Ndirangu says he took teachers for a retreat to outline his vision and mission. At this meeting, he called on the teachers to support him in his transformation agenda.

The agenda was precise, make the school child friendly and a centre of excellence that could be relied on by the community to provide valuable education to their children.

“The teachers I found there were very supportive, we hit the road as soon as I outlined what I envisioned,” Ndirangu said.

To start off, he changed the school uniform “The uniform was brown and we changed it to create a mental change as the first transformative step," he said.

He also organised a meeting with the parents, alumni, and community leaders where he sought support on his transformation journey and get their views as well.

The meeting yielded results, parents became more involved in their children’s education and even proposed remedial classes for learners to have more interactive class hours.

The headteacher also credits the improved performance to cooperation he was accorded by the school's BOM led by its chairperson Peter Muhuta.

“Teachers engaged more with learners and the results were tremendous albeit gradual,” Ndirangu said.

He began a spiritual enrichment programme every Thursday afternoon as he argues that spiritual growth was essential for a child’s character and morals.

Once a month, he also mounted a life skills programme to build the children's psychosocial and interactive skills.

The 2020 KCPE class is his pioneer class that joined the institution when he was first posted there, he refers to them as his protégés.

However, Ndirangu says the school majorly accommodates learners from the poor families and is saddened that some of his top performers are not able to raise fees for secondary school.