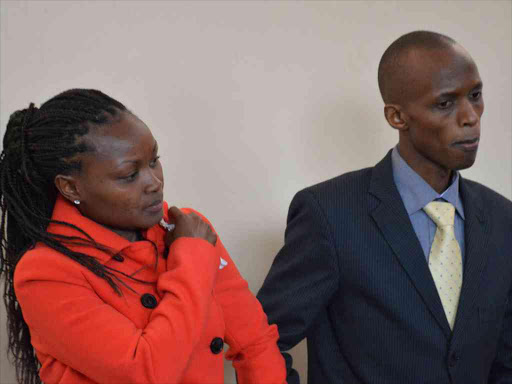 A couple accused of defrauding thousands of investors of millions of shillings has started repaying the money, a Kiambu court was told yesterday.

Alfred Wangai and Mercy Nkatha on Monday said that they have paid more than Sh900 million.

The couple owns an online forex trading company - VIP Portal - based in Limuru town, where thousands of people lost more than Sh1 billion after the couple promised to double the deposits.

Between October 2013 and September 2014, the couple engineered one of Kenya’s biggest forex trading scams through the forex firm.

Lawyer Musyoki Kimanthi, for the couple, told chief magistrate Patricia Gichohi and senior principal magistrate Stella Atambo in Kiambu that his clients have made efforts to repay the money.

The couple allegedly told depositors they would use their capital to trade in stocks in internationally listed companies, but fell back on the promise as soon as the money was deposited in their account.

Some investors reported the matter to the police for action against the forex trader. They sought compensation, saying their investments had not matured one year after making the deposits.

The couple had promised the investors dividends within months.

Some 13,000 Kenyans lost about Sh1 billion to the couple within eight to nine months, according to the police. The investors were from several counties.

Every investor was asked to deposit a minimum of Sh25,000 at VIP Portal.

The couple promised investors dividends of between 60 and 80 per cent of the amount deposited for four consecutive months.

After the expiry of the four months, the investors would get their initial total deposits back.

The two had international offices based at Griffith Corporate Centre, Beachmont, Kingston, St Vincent and the Grenadines.

The case will be mentioned on Friday to confirm the repayment.