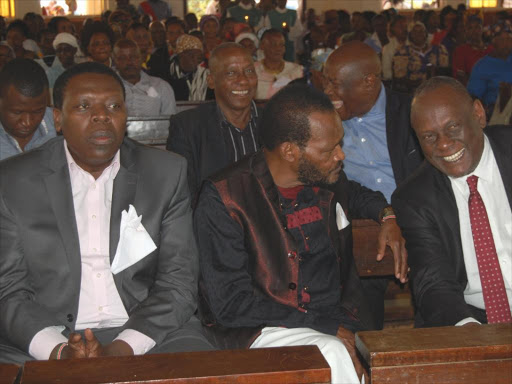 Speaking at St Gabriel Catholic Church in Gatundu South on Sunday, the three leaders said the two evils may destroy the country if not checked.

Wamalwa said President Uhuru Kenyatta has resolved to fight the two and desires to leave a legacy of a united country free of corruption.

"Corruption fights back and the president needs the support of all and sundry if he is to succeed in the war against the vice,"

Murathe said those against the handshake between President Uhuru and Raila Odinga were enemies of peace.