MEN OF THE PEOPLE 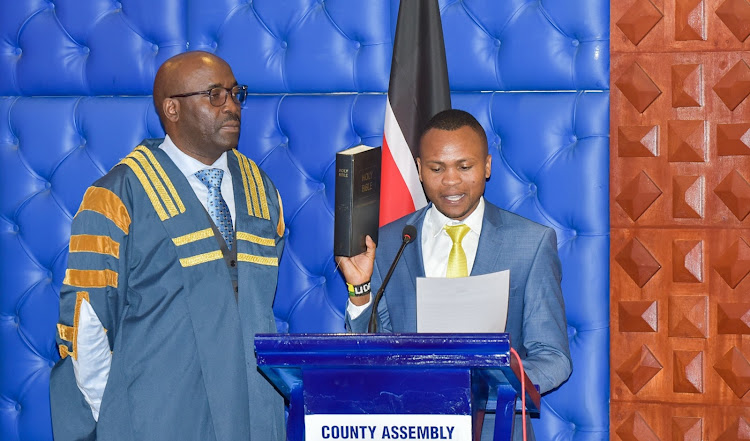 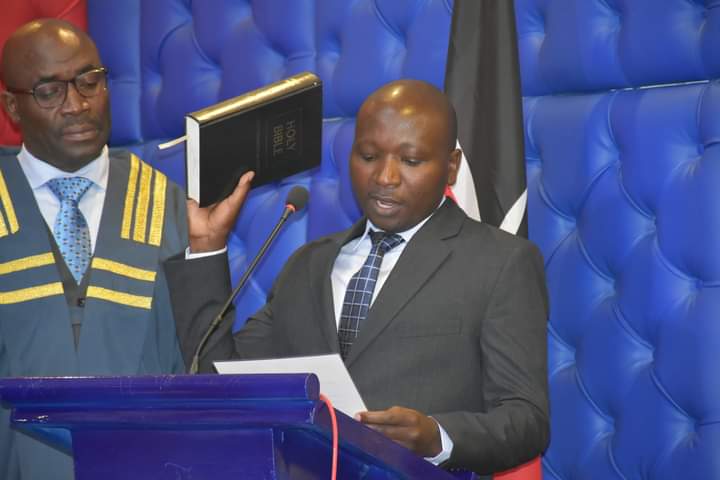 Baragwi MCA David Mathenge and his Mutira ward counterpart David Kinyua Wangui share a first name and party (UDA), but there is more.

They are vocal and, most strikingly, both have served as MCAs in their wards since the inception of devolution in 2013.

Their comeback in the third session now makes them the longest serving MCAs in the Kirinyaga county assembly.

Their swearing-in on Wednesday marked the beginning of yet another season in their political careers.

Having taken key roles in their previous terms, Mathenge and Wangui  pride themselves in having fronted bills that have transformed the Mt Kenya county.

Mathenge was tasked with the enormous responsibility of chairing the Budget and Appropriation committee over the past 10 years while Wangui was the majority leader in his first term and served other crucial committees in his second term.

The duo plunged into politics while in their mid 20s. They believe in respecting the voice of their electorate above their own political interests and careers, which explains their re-election for the third time now.

Speaking to the Star, both leaders said their mission is still incomplete and pledged to continue applying the same zeal and dedication to their work.

“Despite my aspiration to climb the political ladder, my Baragwi people demanded that I forego my ambition and serve them for yet  another term as my track record speaks for itself .They advised me that the slow though sure step  will not hinder me from reaching my destination and as such I should exercise patience,” Mathenge said.

He said his political journey will always be determined by his people and in light of his current duties pledged to remain true to his mandate.

Wangui said he listened to the ground as his electorate are the only bearers to the keys that unlock his political career.

“The meat in your mouth is not what chocks you, it is what is in the plate. This means you only undertake what is manageable, easier for you and that which you enjoy doing. I passionately love to serve my people and thinking of another bigger role is not too much of an ambition to aspire but as of now that is a dream deferred,” he said.

Having served for ten uninterrupted years, the two MCAs advise the newbies to execute their mandate with the seriousness the role deserves and, above all, act independently in order to  make sound judgments for the good of the people.

“Our roles are well cut out in the Constitution. The assembly is an independent institution and what Wanjiku expects of them is to carry out three key roles, which are: representation, legislation and oversight. I will remind them of these core mandates every day because these are the basis upon which development sprouts,” Mathenge said.

Wangui urged MCAs to stay faithful to their call and serve with passion, which will in turn reap them better days in the future .

“The same way the electorate have entrusted you with that position, reciprocate by devoting your service towards championing for the betterment of their lives and they will always respect you for your illustriousness,” he said.

Both leaders affirmed their support to the executive as they urged it to live up to its calling.

Mathenge urged governor Ann Waiguru team  to ensure that all the 20 wards receive sufficient funds that will spur economic development .

Post a comment
WATCH: The latest videos from the Star
by WANGECHI WANG'ONDU
Counties
23 September 2022 - 22:00
Read The E-Paper