DP Ruto, whose residence is in Turbo, has said nominations will be free and fair, no favourites

• DP Ruto is a resident of Turbo constituency that has more than 13 aspirants seeking the UDA ticket, as well as MP Janet Kosgey elected as an independent. 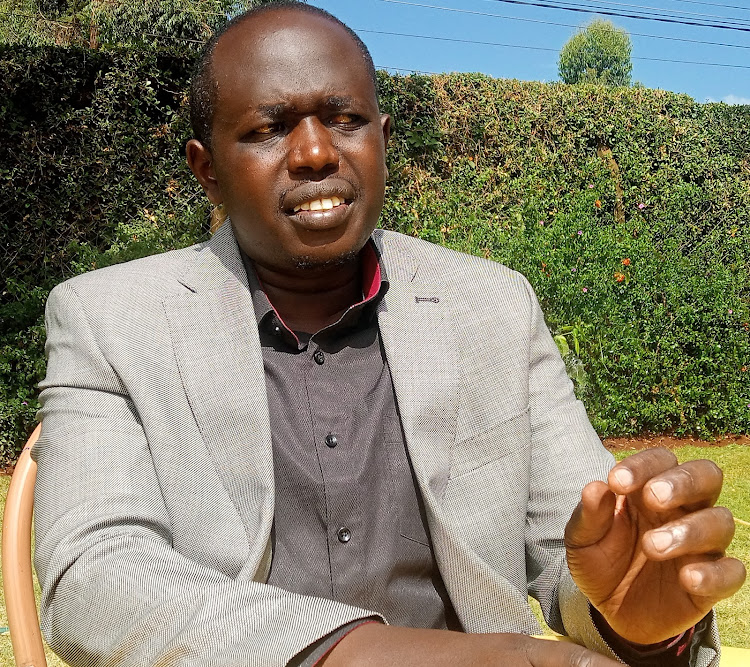 Nominations will be a headache but Ruto has promised they will be free, far and transparent and nobody will play favourites.

The DP is a resident of Turbo constituency that so far has attracted more than 13 aspirants for the UDA ticket, along with  MP Janet Kosgey who was elected as an independent.

“Our people are looking for visionary leaders to focus on real issues affecting them. The time when politics was just rhetoric is long gone and Kenyans, including the people of Ainabkoi, want their leaders to deliver," Muktain said.

He played a role in UDA membership recruitment in the region and he said the UDA bottom-up approach to development will transform lives.

“That’s why we all support DP Ruto and UDA because we believe it’s through this economic model that our people at the grassroots will be uplifted," Muktain said.

He said they are also focusing on ensuring campaigns will be peaceful and communities will remain united.

Muktain is considered a front runner for the seat, competing with Chepkut, Terry Maina and Deputy Governor Daniel Chemno.

“We will support a youthful leader like Muktain who has been at the forefront to build UDA into a strong movement. He has gone round explaining his vision of how he wants to transform our constituency," resident Kibet Malakwen said.

Vision Party politician William Cheraise has also declared he will vie for the seat through that party.

In Kapseret constituency, analysts say the main race will be between MP Oscar Sudi and newcomer Francis Murgor, both seeking the UDA ticket.

“We need a new dawn of leadership in Kapseret. We need leaders who will help communities fight poverty, illiteracy and other challenges including lack of water and bad roads," Murgor said.

In Soy constituency, MP Caleb Kositany has wants to vie for governor, along with more than eight other aspirants to the UDA ticket. They include Uasin Gishu Assembly Speaker David Kiplagat and unionist Julius Murgor.

In Kesses constituency, popular MP Dr Swarup Mishra is a critic of DP Ruto and will have an uphill task to retain the seat, even if he gets the UDA ticket.

More than 10 aspirants are already campaigning against Dr Mishra.

Thousands of the aspirants in North Rift counties have registered with the UDA party to run for various seats.

Most aspirants are seeking parliamentary and MCA seats and UDA is expected to be the dominant party with Ruto gunning for the presidency.

“We have more aspirants coming into our party as we draw closer to the polls. That's because it’s the most popular in the country and no one wants to  be left out," UDA regional coordinator Paul Kiprop said.

The party faces a major challenge in conducting primaries and picking candidates as there are fears nominations may not be free and fair.

Most aspirants are allies of DP Ruto. He met them in Nairobi two weeks ago and promised not to interfere with the primaries, saying voters will choose their candidates.

“Even if you are my friend, don’t expect that I will favour you or the party will give you any preference. We are building a strong democratic movement where party members will be key in deciding how we run our affairs,” he told aspirants.

•The forum of more than 500 aspirants discussed party primaries, which will be highly competitive in the region that is home to DP William Ruto. • ...
Counties
5 months ago

UDA primaries will be free and fair, says Ruto

Plans to run for Uasin Gishu governor as an independent, DP wants party to bag all seats
News
5 months ago

He will make stops in Narok, Kericho, Nandi, Uasin Gishu, Nakuru and Nyandarua.
News
5 months ago
by BY MATHEWS NDANYI
Counties
02 December 2021 - 22:00