•The western and Nyanza regions have for long depended on sugar cane as a major cash crop.

•Farmers also urged to form welfare cooperations to support diversification in the region. 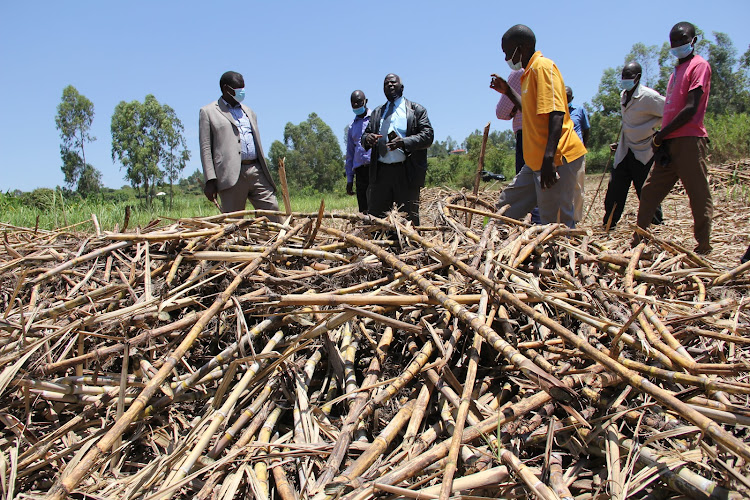 Farmers in the western region and Nyanza should invest more in other crops to improve food security, senior ICT consultant Benard Mbeya has said.

He echoes Narok  Senator Ledama's sentiments on sugar farming which is a major cash crop in the region, where the legislator has critised the sectors' management which has heavily been politisised.

Ledama has termed sugarcane as a "poor lazy man's crop" as it has failed to fully benefit farmers, with a lack of proper research preventing the country from utilising all the products from the plant.

Mbeya argues that cartels in the sugar industry cannot be controlled.

"Let our farmers invest in other food crops like maize and yellow beans which are fetching more than sugar at the moment," he said.

For instance, "Mokwa maize ", a product of Homabay County is doing well in the market but the variety is not available for continuity.

He has urged the regions' leaders led by Anyang Nyongo (governor Kisumu),  Gladys Wanga (Homabay) and James Orengo (Siaya), among others, to allocate emergency agricultural funds during this supplementary budget.

This is to support agricultural research and farming activities.

Mbeya has also recommended the introduction of public-private partnerships to promote agricultural farming activities in the regions.

He has also urged for the introduction of fish pond farming through homestead initiatives, to boost food security.

"The rate at which fish stocks are dying in cages is alarming. County governments should put in place rules and regulations controlling local and international investors from putting fish cages," he said.

The famous Ahero rice should also be improved, he said.

The Jaramogi Science and Technology University remains a key institution that can be utilised for research and crop development, the ICT guru noted.

Fall of Mumias sugar made me run for office - MP Salasya

The MP said he believed in himself as the only voice that can change the lives of the people.
News
2 weeks ago

ICT CS says projects are expected to open up and transform the region for economic development
News
2 weeks ago
Post a comment
WATCH: The latest videos from the Star
by VICTOR MUKABI
Kenya
18 November 2022 - 17:00
Read The E-Paper