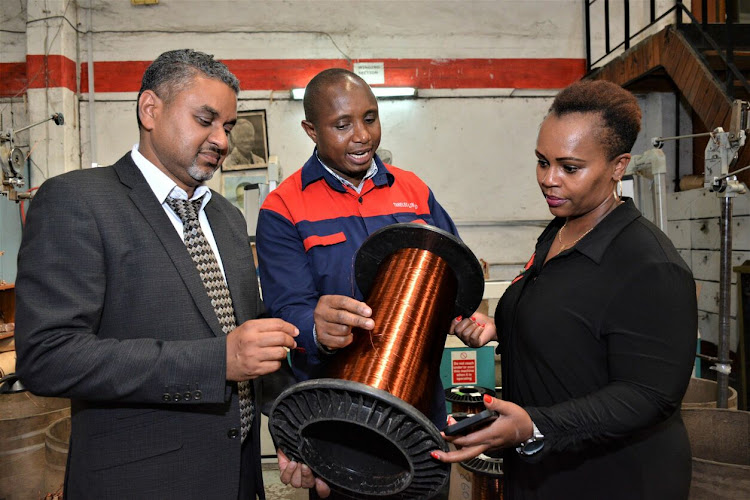 Listed firm TransCentury is in the market to fundraise for Sh2billion to  ease its financial burden.

This follows clearance by the Capital Markets Authority (CMA) to undertake a rights issue to raise Sh2.063 billion.

TransCentury will raise new capital from investors after it listed 1,876,013,830 new ordinary shares.

The shares to trade at Sh1.10 per share will see the rights issued based on five new ordinary shares for every existing share held by each shareholder.

The proceeds of the rights issue will be applied towards settling debts owed to creditors, repaying part of the holding company debt owed to lenders and in return unlocking additional working capital financing for the Group and its subsidiary businesses and defraying statutory obligations.

“The Authority’s approval of the rights issue was contingent on TransCentury Plc meeting several conditions among them, publication of financial statements for the year ended 31 December 2020 as well as availing for inspection by shareholders Management Accounts for the year ended 31 December 2021,” CMA Chief Executive Officer Wyckliffe Shamiah noted.

The capital markets regulator added that it was satisfied that the disclosures made in the issuer’s information memorandum complied with the requirements of Regulation 11 of the Capital Markets (Securities) (Public Offers, Listing and Disclosures) (Regulations) 2002, and contain the information that will enable investors to make an informed decision on the rights issue.

A minimum of 50 per cent of the rights are required to be accepted for the rights issue to be declared successful.

Funds from the rights issue will go towards supporting the last phase of the TransCentury turnaround plan, recapitalizing the business, reducing debt and unlock working capital for underlying businesses.

TransCentury goes into the market even as it remains in the grip of negative equity and large amounts of debt, which has raised concerns from its auditors KPMG Kenya.

The rights issue is the latest plan by the company to recapitalize the business.

It had earlier planned to raise funds from private equity firms which wanted it to delist from the bourse as a condition for accessing the capital.

Experts attribute it to speculation
Business
2 years ago

CMA to set up trading platform for struggling firms

The capital market regulator has said the recovery board will allow companies to develop and implement recovery plans and ensure full compliance of ...
Business
3 years ago

Relief for EA Cables as lender agrees to restructure loan

The listed by introduction at the NSE in 2011
Business
2 years ago
Post a comment
WATCH: The latest videos from the Star
by BY JACKTONE LAWI
Kenya
15 November 2022 - 14:12
Read The E-Paper