The sector was valued at 20 per cent of the banking sector in Kenya which hit an asset value of Sh5.6 trillion last year. 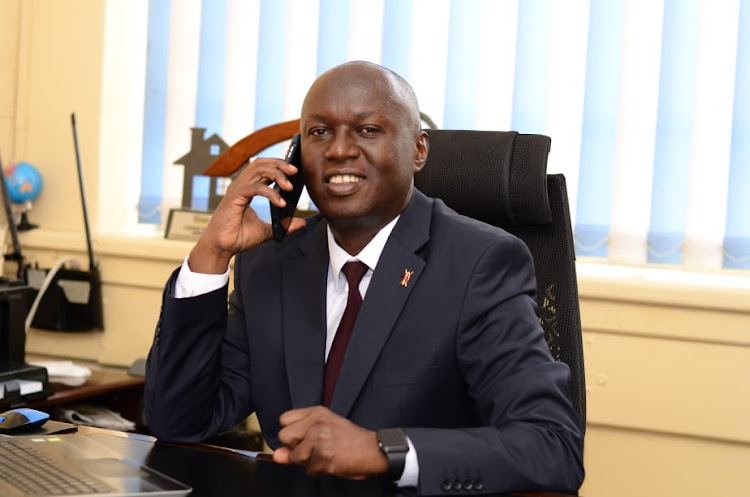 Credit uptake among small businesses is expected to grow rapidly in the last quarter of the year, with executives optimistic of a higher demand for business loans in the post- August 9 polls.

The chief executive of Jijenge Credit ltd, Peter Macharia in an interview predicted stability in the remaining part of the year, and a pick-up in economic activity after the polls, given the rising number of loan applications and credit growth.

“We are likely to see an improved business environment after the general elections despite the inflationary pressures whose impact have swamped several businesses in the last few months,” Macharia said.

The micro lending sector was valued at 20 per cent of the banking sector in Kenya which hit an asset value of Sh5.6 trillion last year.

It disbursed close to Sh500 billion in loans.

Political uncertainty tends to have a significant impact on economic conditions, such as the cost of inputs like work and resources as well as customer behavior.

But it can also threaten business continuity, which is the simple ability for firms to carry out their daily activities.

Indeed, the country’s business activity settled back to a 12-month low in early June as costs ballooned and high selling prices tinkered demand at service providers, according to the latest private sector survey.

For the third consecutive month, businesses reported a drop in activity during the month, with the latest S&P Global Kenya Purchasing Managers’ Index (PMI) registering a fall of 46.8 from 48.2 in May.

Last month’s appraisal was the lowest seen since April 2021 signaling a solid decline in the health of the Kenyan private sector, which has been triggered by the rising inflation and weakening shilling value.

The Markit Stanbic Bank Kenya Purchasing Managers’ Index (PMI) dropped below the 50.0 no-change mark in April, falling to 49.5 from 50.5 in March.

This is the third straight month such a reading has fallen below the 50.0 mark. The 50.0 mark separates growth in activity from contractions, while readings below 50 show a deterioration.

“Naturally you’ll see an uptick in inquiries of loans for business expansion, school fees among others,” said Macharia – whose firm is heavily involved in the disbursements of quick logbook loans, salary check-off bid bonds and salary check-off loans.

Most of the firm’s logbook loans customers are people looking for emergency loans to sort out situations that require quick credit.

Such challenges have been compounded by Covid-19 pandemic, the Russian invasion of Ukraine and general weak economy, throwing many businesses in danger with many companies forced to trim their work force while others closed shop altogether.

As a result, the need for financial emergencies has remained constant among Kenyans – both employed and those in the self-employment category since the pandemic hit.

The annual inflation rate in Kenya picked up to 7.9 percent in the month under review, breaching the upper limit of the central bank’s target range of 2.5 percent to 7.5 percent for the first time since August of 2017.

The rate stood at 6.5 per cent in April, up from 5.6 percent in March with the Kenya National Bureau of Statistics (KNBS) noting at the time that such a rise was the highest seen for more than eight years.

Firm plans to loan out up to Sh200 million in first 6 months
Business
2 years ago
Post a comment
WATCH: The latest videos from the Star
by MARTIN MWITA Business Writer
Kenya
10 July 2022 - 21:00
Read The E-Paper