Likely to hamper achievement of the Big 4 Agenda on manufacturing.

•The government's goal has been to increase the manufacturing sector's contribution to the GDP to 15% and above by next year, from the current 8.2 per c-ent.

•To achieve the target, Manufacturers say there must be a predictable regulatory environment and reduced cost of production to make the sector competitive. 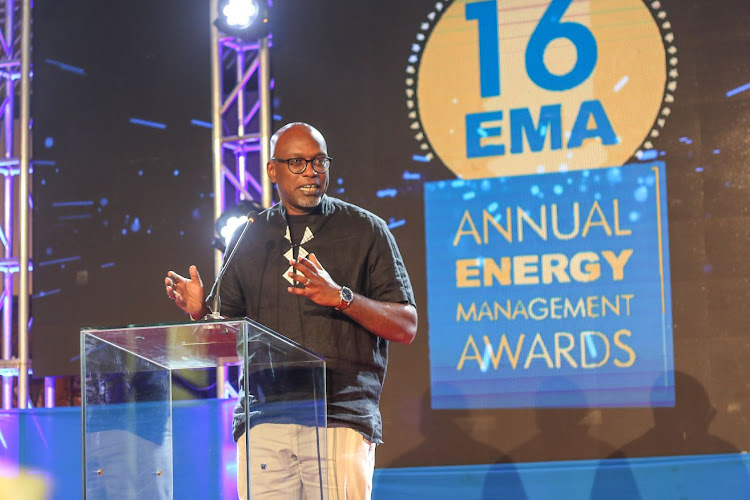 High cost of doing business and punitive taxes are posing a threat to growth of the manufacturing sector in Kenya, industry players now say.

These in addition to cheap imports is worrying the industry as local products continue to become uncompetitive.

A curtailed growth is threatening the achievement of the targeted expansion of manufacturing , one of the four pillars of the Big 4 Agenda, President Uhuru Kenyatta's ambitious development blueprint which he targeted to achieve before the end of his second term, next year.

The government's goal has been to increase the manufacturing sector's contribution to the GDP to 15 per cent and above by next year, from the current 8.2 per cent.

While manufacturers say it is achievable, the current operating environment coupled with the Covid-19 pandemic effects on the economy is likely to derail achievement of the target in the short term.

“It is achievable up to 30 per cent but setting it as a goal for Kenya is important and necessary. We must create a conducive environment for industries and businesses to thrive,” Kenya Association of Manufacturers (KAM) chairman Mucai Kunyiha says.

Production has been hugely impacted by high transport and logistics costs, high fuel prices, cost of power and a weak shilling against the dollar which has pushed up the cost of importing raw materials.

On power (electricity) for instance, tariffs in Kenya range between $0.15(Sh15) and $0.21(Sh21) per kWh, making local industries uncompetitive.

Transport costs both locally and in the global space, mainly freight, have more than tripped according to KAM.

“The cost of transport and getting cargo into the country has gone up by about threefold, affecting the cost of doing business. The value of our currency also has an impact and the issue of crude oil prices is also affecting local industries,” KAM chief executive, Phyllis Wakiaga, said during a forum in Nairobi last week.

The Shippers Council of Eastern Africa (SCEA) pegs the increase on international freight charges to among other factors, the ongoing global shortage of vessels and containers.

Manufacturing sector had the lowest GDP contribution (7.2% in the financial year 2019/20) but was highly taxed with the highest contribution to tax revenue (17.5 per cent), compared to key sectors of wholesale and retail trade which had a lower revenue contribution of 5.9 per cent and agriculture (2.3 per cent).

In the current financial year 2021/22, at least nine new taxes and levies have been introduced.

Plant resins are valued for the production of varnishes, adhesives, and food glazing agents.

The government has also imposed a Sh200 per kilo excise tax on locally produced white chocolate, excise tax on imported fertilised eggs for incubation or hatching and a 16 per cent VAT on the supply of liquefied petroleum gas (LPG), including propane.

It has also imposed higher specific import duties for some categories of timber products and provision to limit interest to be deducted to a maximum of 30 percent of Earnings Before Interest Tax, Depreciation and Amortisation.

The Institute of Economic Affairs (IEA) chief executive Kwame Owino has termed the country's tax regime as not reflecting the talks of building manufacturing.

“Breaking records on tax collection does not mean the economy is doing well. It has a huge impact on businesses,” Owino notes.

He says if Kenya lacks manufacturing competitiveness, the economy is going to remain stagnant.

The industry players are also pushing for more support on the uptake of local content through the 'Buy Kenya Build Kenya initiative', which despite being a conversation of more than four year, is yet to bear much fruit.

In 2020, the Industrialisation, Trade and Enterprise Development ministry published a list of 334 local manufactured goods for preferential procurement by all public agencies.

“We should be talking on how to have this exclusive list included in the law,” Wkiaga said.

To improve the regulatory environment, KAM has called for the merging of permits and fees imposed by regulatory agencies with government agencies asked to create integrated platforms, to facilitate compliance and reduce costs for businesses.

It also wants a merger of multiple licenses at the county level which duplicate some of the national government's.

Meanwhile, KAM is leading local manufacturers in building a strong industry that will have the ability to compete in the new markets globally, created through bilateral and multilateral agreement including Africa Continental Free Trade Agreement, Kenya–UK Agreement, among other

“Manufacturing is the path to growth so if we want to see our economy move from a lower middle economy to a middle income economy, the fastest way to do it is through manufacturing,” Wakiaga says.