•There was increased and strong inquiry from Pakistan Packers with more and strong activity from Kazakhstan, other CIS states and UK. 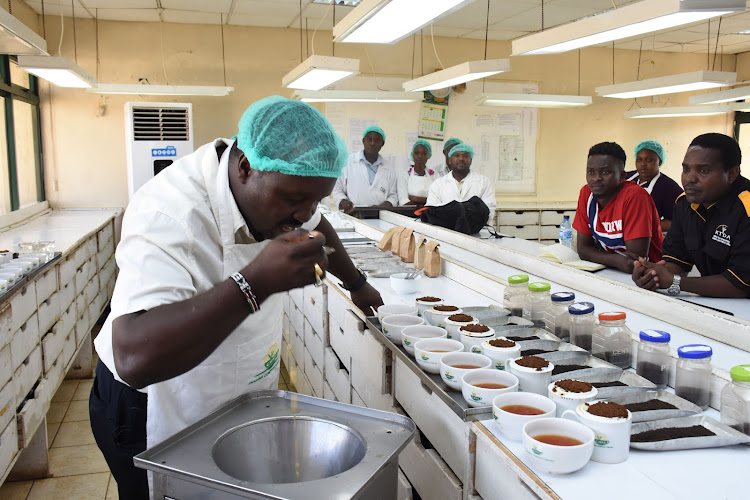 Tea auction prices have been on an upward trend in the past three weeks, showing recovery signs towards the traditional two-dollar mark.

The price jump comes even as volumes traded increased to 8.4 million kilos from 7.9 million kilos last week, and 7.4 million kilos the previous week, indicating good returns for farmers whose commodity has been moving in higher quantities.

“There was increased and strong inquiry from Pakistan Packers with more and strong activity from Kazakhstan, other CIS states and UK while Egyptian Packers lent more support,” the association’s managing director Edward Mudibo said in the weekly report.

Yemen, other Middle Eastern countries, Sudan and Russia were active with Bazaar active but at lower levels while Afghanistan were active but selective.

“Iran were quieter while local packers reduced interest. Somalia showed good activity at the lower end of the market,” he notes.

The upward trend comes as a relief after hitting a low of $1.73 (Sh188.40) this year, with price depreciation meaning low earnings for farmers.

The strong dollar against the shilling however is a blessing for farmers as the commodity trades on the greenback at the auction, with Kenya remaining a major tea exporter globally.

EATTA is hoping the commodity will go back to above the two-dollar mark in the short-tern where according to Mudibo, “anything below two dollars is not good.”

Pakistan is the leading export destination for Kenyan tea.

Low prices witnessed this year have been pegged on over-production and supply of green leaf in the wake of favorable weather conditions, with a depressed export market affecting buying decisions.

On the onset of the Covid-19 pandemic, buyers also stocked their warehouses for fear of a supply cut, EATTA notes, a move that slowed buying of new stocks, hence the low price margins.

This year’s total payment to farmers amounts to 66% of total revenue by the factories.
News
9 months ago