This year's election comes against a backdrop of a slowed down economy under recovery.

•The next president is expected to present a credible and responsible macro-financial stabilisation agenda, which addresses the wide twin deficit and promotes debt sustainability.

•This year's fiercely contested election comes against a backdrop of a slowed down economy under recovery. 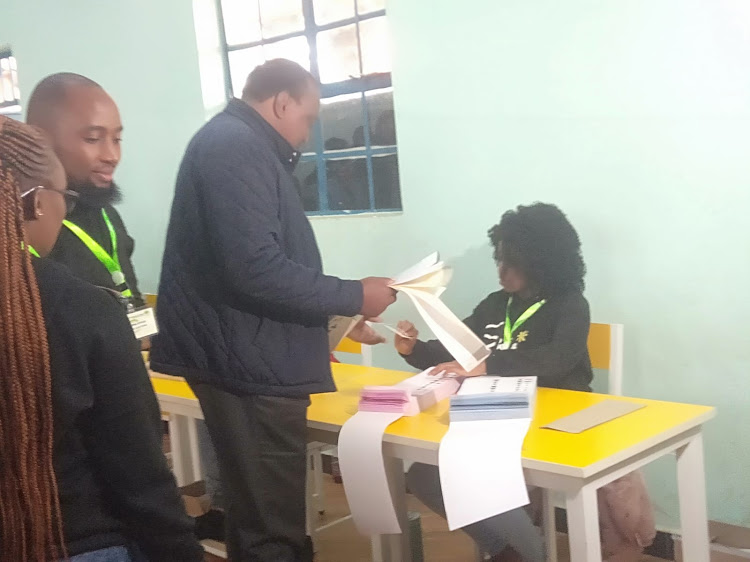 Kenya's  incoming president will inherit a debt burden that will likely strain implementation of pledged manifestos.

The next  head of state will have to contend with a tight budget as debt repayment has now overtaken national government's recurrent spending programs.

In addition, the treasury expects the government's interest payments as a percentage of total revenue to hit 28 per cent by the end of the 2023 fiscal year, up from 12 per cent in the 2013-14 fiscal year.

As the curtains close, President Uhuru Kenyatta's administration has relied on loans to build roads, bridges, power plants and the standard gauge railway (SGR) since he took office 10 years ago.

This has ballooned public debt from Sh1.89 trillion the Jubilee administration inherited from retired President Mwai Kibaki, to Sh8.59 trillion by end of last fiscal year in June.

The government is estimated to have borrowed an average of Sh3 billion per day in financial year 2021-22 alone amounting to Sh1.117 trillion.

He noted that there has been a marked skew towards heavy spending over the last few years and this has driven the country to borrow, in order to cover recurrent spending.

"The situation is therefore likely to constrain manifesto implementation for the incoming president and there will have to be microsurgical excision of innumerable lesions in the budget, which many commentators feel has unsubstantiated spending baked in," Mihr told the Star.

In March, the Institute of Public Finance Kenya (IPFK) chief executive officer, James Muraguri, pointed out that, ‘‘Kenya’s risk to debt distress remains high with the government sending more than half of taxes collected on debt service repayments."

He called on the government to live within its means to avoid unnecessary borrowing .

The incoming government has a very minimal borrowing headroom and can only take in Sh1.5 trillion before  hitting the Sh10 trillion debt ceiling.

It is therefore hoped that incoming president will present a credible and responsible macro-financial stabilisation agenda, which will promote debt sustainability.

This is a great challenge considering the next government will have to borrow more to fund recurrent expenditure given a deficit of Sh862 billion and development expenditure of at least Sh715 billion of the Sh3.3 trillion 2022-23 gross budget.

Election fever has sent the Kenyan shilling to an all time of Sh119.70 against the US dollar on Monday as investors retreated to the safer currencies.

The shilling has been on a decline mode for 14 months now, having shed almost six per cent on a number of local and international factors.

On the other hand, One Kenya Alliance and UDA leader, William Ruto pledges to reduce borrowing and stimulate small enterprises to help drive growth and generate revenues.

He envisions raising economic growth and broadening the tax base would suffice in restoring creditworthiness and ensuring fiscal prudence.

Post a comment
WATCH: The latest videos from the Star
by SHARON MAOMBO Business Writer
Business
09 August 2022 - 21:00
Read The E-Paper