• The new flights will bring the destinations KQ serves in Europe to five and 55 worldwide.

• The national carrier had suspended flights to Rome in 2012 after a performance review. 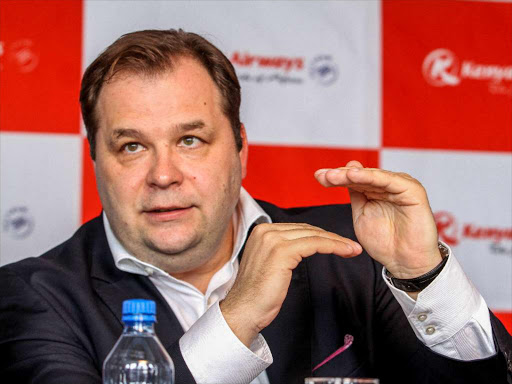 Kenya Airways on Wednesday launched flights to Geneva and Rome as it seeks to grow earnings.

The flights will be on KQ's Boeing 787 Dreamliner four times a week.

The new flights will bring the destinations KQ serves in Europe to five and 55 worldwide.

The introduction of the new routes is part of Kenya Airways’ network expansion strategy to grow its market share, increase revenues and create a financial turnaround.

"With 5 European destinations and 55 worldwide from Nairobi, KQ offers Africa the best connectivity to the rest of the world and vice versa.”

The new flight will depart Nairobi every Monday, Wednesday, Friday and Sunday at 11.50pm for Genève Aéroport with a stop at Rome–Fiumicino International Airport.

The national carrier had suspended flights to Rome in 2012 after a performance review.

"Kenya and Switzerland will take their relationship literally to new heights. This is truly good news for me as the ambassador of Switzerland to Kenya and as Permanent Representative to the United Nations Office at Nairobi," he said.

Geneva city is renowned as a global hub for diplomacy and banking and which hosts several international organisations in the world including the United Nations.

This complements Nairobi which is Africa’s hub for the UN among other international agencies.

The launch of the direct route completes the circuit across the UN Headquarters in New York – Nairobi –Geneva, making logistics and connectivity easier for travellers.

The Geneva flights will be connected to Nairobi as circular flights with Rome.

Italy is one of Kenya’s top source markets for corporate and leisure travellers.

As part of the strategy to capture these travellers and boost Kenya’s tourism industry, KQ this week started direct fights between Nairobi and Malindi, the primary destination for most Italian tourists and also home to a large proportion of the Italian community in Kenya.

KQ has also finalised a code share deal with Alitalia, the Italian SkyTeam's partner, to enhance connectivity on the route and offer more options to passengers in Italy and from Africa.

“The growth of the airline’s revenues is pegged on the expansion of its network, which is only possible with additional capacity. KQ will this year see the return of its ninth B787-8 from Oman Air, as scheduled, to support the network expansion intoRome and Geneva,” Mikosz said.

Since 2018, KQ has focused on expanding its network as part of the airline’s growth strategy and as a result increasing the airline’s capacity measured in Available Seat Kilometres (ASKs).

Kenya Airways held its AGM on Monday at its headquarters in Nairobi where it resolved to renew the term of chairman Michael Joseph for three years.